Nearly every time a hotly anticipated new or redesigned vehicle first hits dealer lots, a number of enterprising dealerships will take the opportunity to make some additional profit. The good news for consumers is that there are ways around these markups.

HERE ARE THE 2020 NORTH AMERICAN CAR, TRUCK AND UTILITY OF THE YEAR

Recent examples include the Dodge Demon and the Ford F-150 Raptor. At the peak of their popularity, these vehicles had "market adjustments" on their window stickers ranging from $10,000 to upward of $30,000 over the manufacturer's suggested retail price. It's likely that the same thing will happen with the new Chevrolet Corvette when it arrives at dealerships soon. 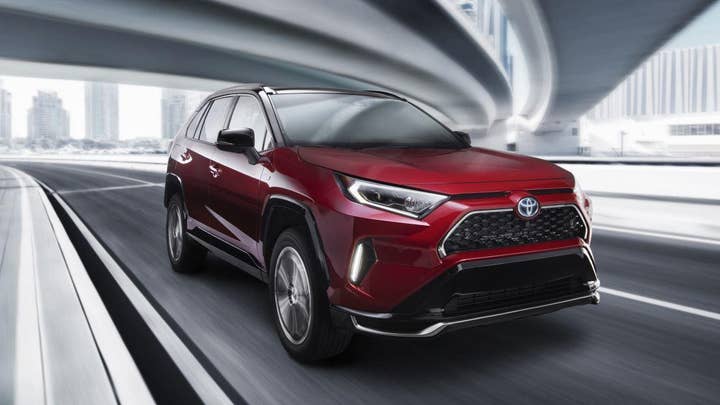 This issue doesn't just affect flashy performance vehicles. In recent months, in-demand vehicles such as the Kia Telluride and the Toyota RAV4 Hybrid have been selling for a few thousand above Manufacturer's Suggested Retail Price (MSRP). It's a textbook case of supply and demand in which there are more customers than cars.

FOX NEWS AUTOS: THE TOYOTA RAV4 HYBRID IS THE BEST CAR I DROVE IN 2019

While frustrating and costly, this price adjustment is within a dealership's rights. After all, the "S" in MSRP stands for "suggested." Edmunds offers ways for consumers to deal with dealership markups on a high-demand vehicle.

Once you've caught wind of a new or redesigned vehicle you suspect will be in high demand, get in touch with the dealership to place an order. This strategy not only secures you a vehicle but also reduces the chances of a markup. You may have to put down a deposit, which is normal, but just make sure you get the selling price in writing and know the refund policy in case you change your mind. Once the vehicle arrives, the dealership should charge you the MSRP.

If you didn't place an order or weren't aware that you could, now is the time to determine the market value of the vehicle you're interested in. Find comparable vehicles at a few dealerships and get price quotes to see what they're selling for. This research will give you an idea of whether a markup is in the ballpark or way off-base.

FIND A DEALERSHIP WITHOUT MARKUPS AND PAY MSRP

Not all dealerships will subscribe to this "market adjustment" philosophy. Your goal is to find those dealers and shop with them. You might have to cast your net wider to a dealership out of town or in the next county. That said, this tactic won't automatically translate to a discount. Since the vehicle is in high demand, paying sticker price would be considered a fair deal, and anything below that would be a bonus.

Here's a secret about some — but not all — of the more outrageous markups: Dealers set the markups high with the expectation that customers will negotiate it down to a more reasonable level. It's a win-win for the dealership because even if you manage to cut a $5,000 markup in half, it's still making $2,500 on the sale. If you want that car now, this technique can still reap a significant improvement on the asking price. Let the salesperson know you're a serious buyer and be ready to act if the dealership is willing to come down on price.

WAIT FOR THINGS TO COOL DOWN

How badly do you want that car? If you can wait a few months or even a year, prices will eventually fall and you won't have to deal with any of these issues. In the meantime, we recommend periodically checking on prices to see if they've dropped. Unless the vehicle is a limited-production model, you shouldn't have an issue getting a better price down the line.

You might run into a vehicle that doesn't explicitly have a dealer markup but has instead been loaded with accessories and priced well above the initial starting point. On the one hand, you'd actually get something for your money, but you would still spend roughly the same amount as a markup. Unless you want those accessories, the same advice applies. Shop around for a vehicle without the add-ons since you'll have a harder time persuading a dealership to remove them.

EDMUNDS SAYS: Patience will always be your best option to avoid paying above sticker price on a new car. But if you need to be the first on the block with the latest model, you now have a better idea how to minimize or avoid the added fees.