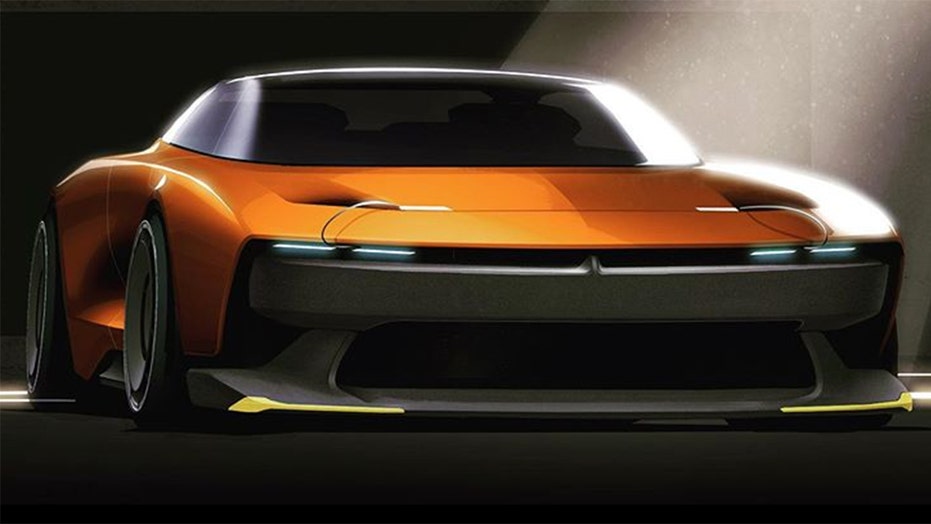 It’s all about the details.

Fiat Chrysler' design boss Ralph Gilles posted an image of a futuristic car design that could’ve been the next Dodge Challenger, if not for one small reason.

The sleek orange coupe features slit headlights, superwide tires, huge vents that suggest the presence of a powerful internal combustion engine and an aggressive aerodynamic chin splitter/spoiler beneath the grille — and that’s the issue.

Not the entire splitter, but the bright yellow accents at each corner. They ape the protective covers the current cars are shipped with — which many owners choose to leave on as a style trend and has become a controversial one among car enthusiasts. They've even been spotted on rental cars.

Dodge and SRT head designer Mark Trostle spoke about it last year, according to Road & Track, saying they “ruin the lines” of the car and say right on them that they are “To Be Removed by Dealer.”

This year, the automaker even changed the color from yellow to more of a pink color in an alleged effort to get customers to take them off, but it hasn’t entirely worked, with cars now cruising around with the new look.

In any event, it’s become such an inside joke in the Dodge community that the unnamed designer decided to make light of it in the sketch rejected by Gilles, who said it gave everyone a big laugh.

As for when we’ll see what the actual next-generation Challenger looks like, Dodge has not confirmed when it will enter production, but rumor has it that won’t happen before the 2023 model year, and Gilles said he never shows future product on social media ahead of time.