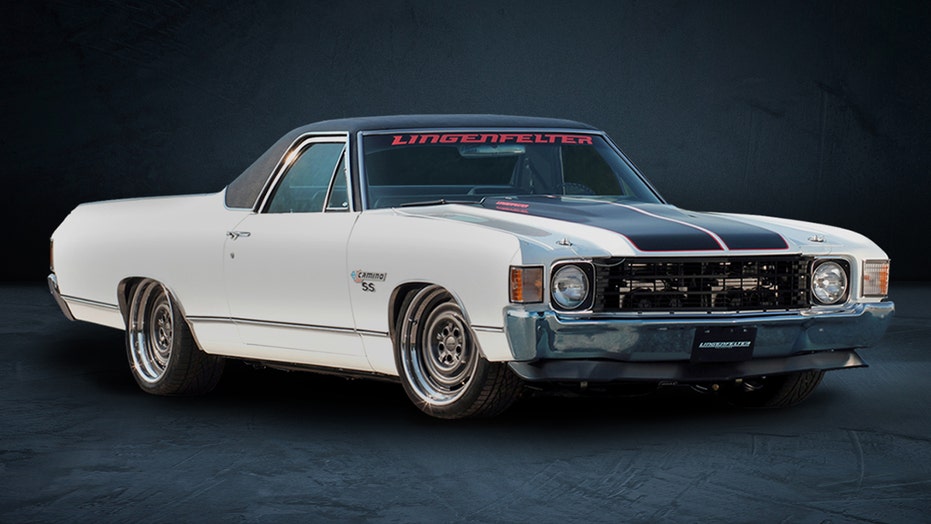 The GMC HUMMER EV was a Moon shot

General Motors is highlighting the flexibility of its future electric vehicle technology with a classic 1972 Chevrolet El Camino SS that has been converted to run on battery power.

The "eLcamino" was equipped by Lingenfelter Engineering with GM's eCrate Connect and Cruise conversion kit, which will soon be available for custom car builds.

The package includes an electric motor that connects to the existing transmission, power controls and battery. Full power specifications have not been revealed, but the eCrate is being developed in several versions with power outputs from 200 hp to 700 hp.

GM has built several vehicles with the kit before, including a 1977 Chevrolet K5 Blazer, but the eLcamino is the first done by an independent outfit.

Along with its factory electric vehicles, like the upcoming GMC Hummer EV, GM is also working with the marine, rail and aerospace industries to deploy the technology in various applications.

Among them is a new partnership with Textron Ground Support Equipment Inc., which is developing a fully-electric airport tugs, belt loaders and tractors.