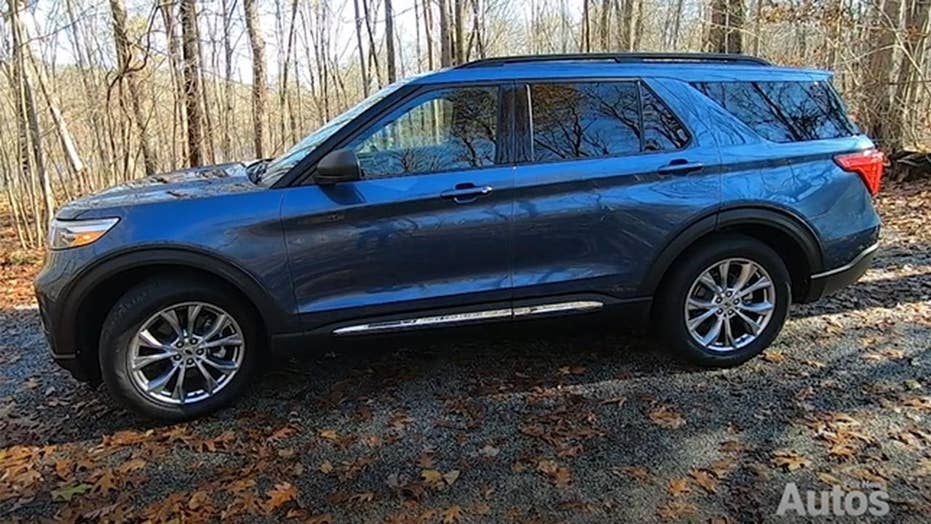 The 2020 Ford Explorer is truly all-new, switching from a front-wheel-drive platform to a rear-wheel-drive one in an effort to improve its performance and capabilities, says Fox News Autos Editor Gary Gastelu.

You probably won't guess by looking at it, but the 2020 Ford Explorer is a radically different SUV than the one it replaces.

While the previous Explorer was built on a front-wheel-drive platform shared with the Taurus sedan, the all-new one switches to rear-wheel-drive in an effort to improve its performance and capabilities. The only other three-row SUV in its mainstream segment with this configuration is the aging but still appealing Dodge Durango, while it is common in the luxury ranks.

Thanks to the setup, the currently entry-level $38,515 Explorer XLT is something of a pony car, as it features a 2.3-liter turbocharged four-cylinder and 10-speed automatic transmission just like the base Ford Mustang does. Here the engine puts out 300 hp and 310 lb-ft of torque, which outmuscles many of its competitors, including the Honda Pilot and Hyundai Palisade. All-wheel-drive is available – because SUV -- but let’s see what this rear-wheel-drive deal is all about.

First things first: Yes, it can do a burnout. Not that you’re likely to, but I try to be thorough in my evaluations. Just turn off the traction control, hold the brake and rev it up. Don’t do that and the Explorer will accelerate to 60 mph in under seven seconds. Brisk for a six- to seven-passenger SUV.

Fun for sure, but another advantage of the new platform that it helps give the Explorer a stout trailer rating of 5,300 pounds with an optional tow package. Step up to the 365 hp 3.0-liter turbocharged V6 and the max jumps to 5,600 pounds.

It's noticeably roomier for passengers and the cargo bay behind them, which is one of the largest when all seats are in the upright position. Two adults even fit reasonably well in the third row, as long as the folks in the second row are willing to scooch their seats up just a little a bit.

The cabin sports a clean style and control layout that’s very Ford, but the materials used throughout are unimpressive compared to upstarts like the Mazda CX-9 and Kia Telluride. (You can probably chalk that up to having to keep some fancy in reserve for the Explorer-based Lincoln Aviator.)

Unlike the higher-end models that feature a jumbo vertical 10.1-inch touchscreen, the XLT gets by with an 8-inch landscape display that’s equipped with Ford’s Sync3 infotainment system plus AppleCar Play and Android Auto integration. It has a simple, well-designed user interface, but can be slow to react to inputs.

That’s not true of the way the Explorer moves. Thanks in part to the better weight distribution afforded by the rear-wheel-drive layout, the steering is responsive and provides an excellent feel at any speed. Driven with a little gusto, the dynamics clearly differ from the old Explorer in all the right ways. Unfortunately, it is let down some by a soft suspension that provides a mostly pleasant ride, but is bouncy over big bumps and jittery on rough roads. The grade given by my grade school passengers was that it needs work.

(The Explorer Hybrid has a 318 hp powertrain.)

The Explorer does get an A on the fuel economy test with a 24 mpg combined rating and 23 mpg with all-wheel-drive, both 2 mpg better than 2019. Those numbers are also among the top marks for the class and even look good compared to the 28 mpg Explorer Hybrid, which currently requires a step up to the Limited trim at $54,120.

Despite the high price of entry until a base model is added to the lineup that can compete closer to the $30,000 range, the 2020 Explorer improves on what’s been a successful formula in just about every way. However, there is one attribute that remains a mixed bag. 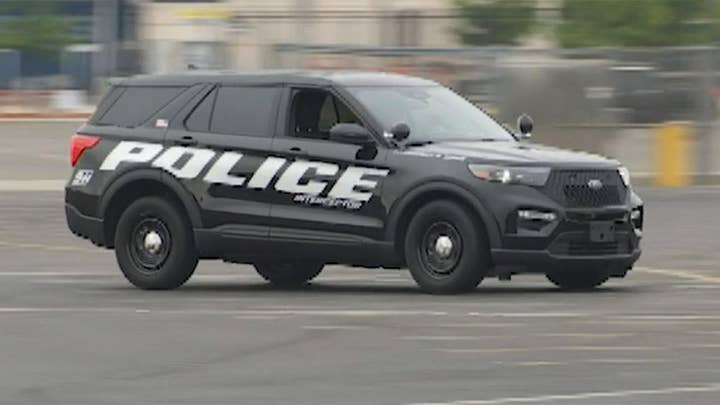 Since it does double duty as Ford’s go-to cop car, other vehicles will either immediately move over for you, or slow down to the speed limit and stay there until you pull out to pass.

Good thing that’s something it does just fine.