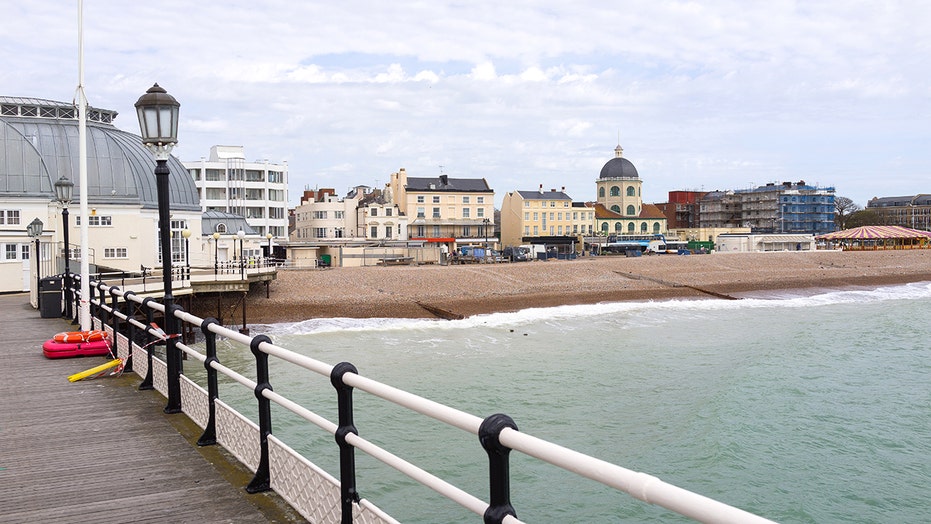 A section of a British seaside town had to be cordoned off for several hours on Sunday after several people experienced vomiting and sore eyes from what officials described as a "hazardous material incident."

The Sussex Police force said on Twitter that a "small number of people" reported the symptoms in Worthing, located 50 miles south of London on England's south coast.

Fire officials said that a cordon was set up along a 1.6-mile stretch of roadway as authorities responded to the scene.

"People are being advised to shut all windows and doors, or stay away from the area," Worthing Fire Station said, in part, on Twitter.

Sussex Police said that two people were taken to the hospital, but later discharged and "advised to go home, wash their clothes and have a shower."

Anyone else who may have been affected by the incident has been advised to "use copious amounts of water to wash your eyes," police said in a statement.

"We’d like to thank everyone for their patience and understanding during the incident," police said, adding that they are following up "a number of lines" of inquiry as the investigation into the incident continues.

Kitesurfing instructor Christine Johnston told Sky News that she was at her surf ship when two beach patrol officers approached her with their faces covered and told her to leave immediately.

A section of the British seaside town of Worthing had to be cordoned off on Sunday after several people reported becoming sickened by what authorities described as a "hazardous material incident." (iStock)

"I hadn't had any symptoms up until that point, but now I feel as though my eyes are itching -- though that might be psychosomatic," she told Sky News. "It was quite bizarre and sounded really dramatic -- we've canceled all our lessons for the rest of the day."

Authorities did not provide information on a suspected cause of the incident.

Local lawmaker Tim Loughton tweeted that it involved reports of "bathers affected by some sort of chemical-type irritants."

"People are advised to stay away from the seafront area," he said.

In 2017, a mysterious chemical haze left scores of people on the coast about 30 miles away with streaming eyes, sore throats and breathing problems.

An investigation found that the most likely cause of that incident was emissions from a passing ship, lost cargo or a wreck in the English Channel.