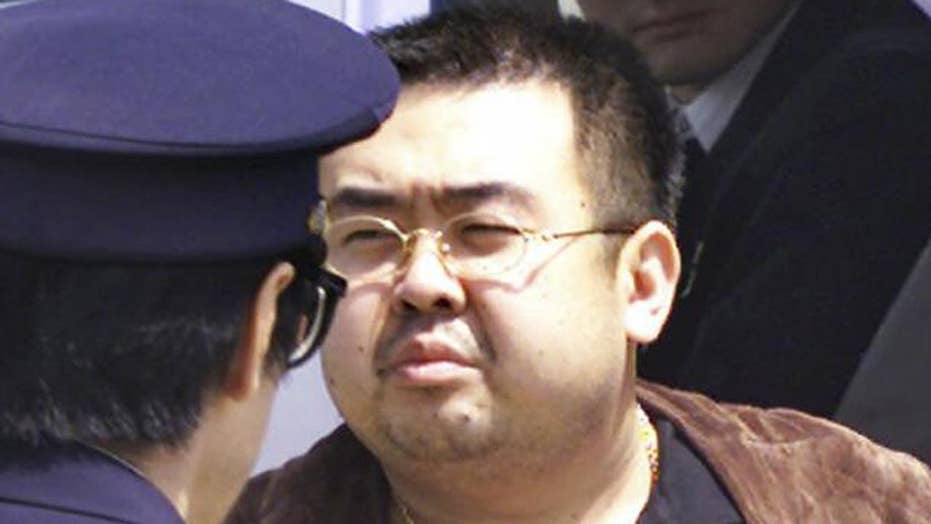 The women suspected of assassinating the half-brother of North Korean dictator Kim Jong Un doused their hands with a toxic chemical before wiping them on the man’s face, Malaysian officials said Wednesday.

North Korea – which South Korean authorities believe may have been behind the murder – refuted the Malaysian account of Kim Jong Nam’s death and called for the release of the two “innocent” women being held in connection with the shocking airport attack.

If the toxins had been on their hands "then how is it possible that these female suspects could still be alive?" asked a statement from the North Korean embassy in Kuala Lumpur.

But police have an answer for that: authorities say the women washed their hands soon after the encounter with Kim Jong Nam.

Officials have also shot down rumors that one or both of the women may have been tricked into the attack, saying that the women practiced the assault at two malls in Kuala Lumpur.

"We strongly believe it is a planned thing and that they have been trained," Inspector-General of Police Khalid Abu Bakar told reporters.

"We hope that the Korean Embassy will cooperate with us, allow us to interview them and interview them quickly,” Khalid said. “If not, we will compel them to come to us."

Police said the substance used remains unknown, but it was potent enough to kill Kim Jong Nam before he could even make it to a hospital.

Khalid said the women knew they were handling poisonous materials and "were warned to take precautions." Surveillance video showed both keeping their hands away from their bodies after the attack, he said, then going to restrooms to wash. Those details are not clear in video obtained by media outlets.

He also said a heavily armed special police force was deployed to the morgue holding Kim Jong Nam's body after police detected an attempt to break into the facility. He declined to give details, but local media reported that a South Korean cameraman was detained briefly outside the morgue after he was found without any identification documents. He was released after a colleague confirmed his identity.

Police have already arrested four people in connection with the attack: a Malaysian, a North Korean and the two women – one from Vietnam and the other Indonesian. The Malaysian was to be freed Wednesday on bail, Khalid said.

Police are looking for seven other North Korean suspects in connection with the attack, including the two announced Wednesday. The embassy official and the airline employee are among three North Koreans believed to still be at large in Malaysia.

The four others are believed to have fled Kuala Lumpur shortly after the attack. Khalid said authorities believe they are back in North Korea, and that they provided the toxin.

"That's why we asked the North Korean Embassy to trace them and hand them over to us," he said, adding that Malaysian authorities had received no help from North Korea.

The case has perplexed toxicologists, who question how the two women could have walked away unscathed after handling a powerful poison.

Kim had spent most of the past 15 years living in China and Southeast Asia. He is believed to have had at least three children with two women. No family members have come forward to claim the body.

South Korea's spy agency believes North Korea was behind the killing, but has produced no evidence.

North Korea has a long history of ordering killings of people it views as threats to its regime. While Kim Jong Nam was not thought to be seeking influence, his position as eldest son of the family that has ruled North Korea since its founding could have made him appear to be a danger.

He was at the airport to fly to Macau, where he had a home.