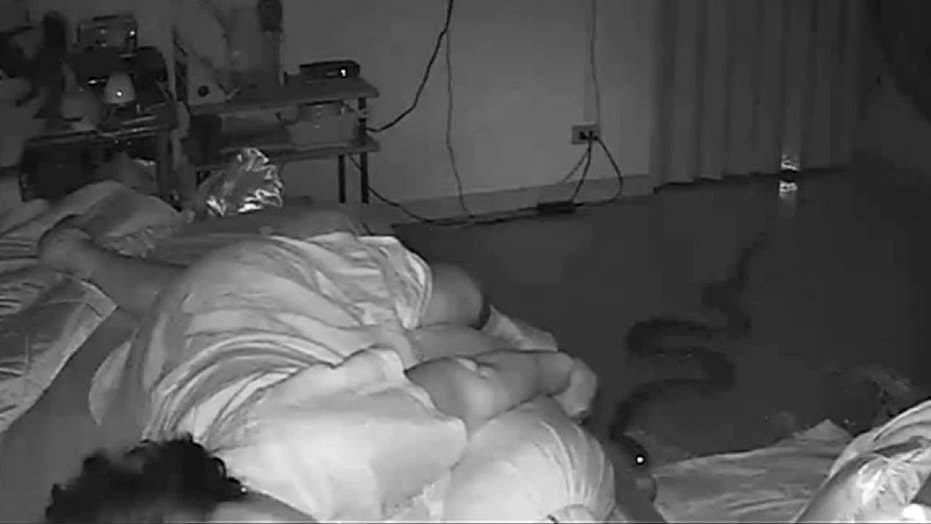 Python bites 75-year-old grandmother as she sleeps in bed

The terrifying moment a python slithered into a grandmother's bedroom and bit her foot as she slept has been captured on video.

Kaew Sudsopha, 75, from Bangkok, Thailand, was in bed when the deadly serpent slipped through pipework into her room in the early hours on Wednesday.

CCTV installed by her son to monitor the pensioner shows the snake moving across the tiles, its eyes aglow as it sizes up its victim.

As Kaew's foot drops off the bed, the snake is seen rearing up while preparing to strike - then lashing out and sinking its fangs into the grandmother's foot.

The startled woman recoiled with fright and grabbed a torch.

She hobbled out of the room and woke up her son, Nakorn, 44, who was sleeping next door.

Kaew said: ''I thought I was having a nightmare. There was a sharp pain in my foot and I woke up. I turned on the torch and noticed something moving on the floor. That's when I saw the snake."