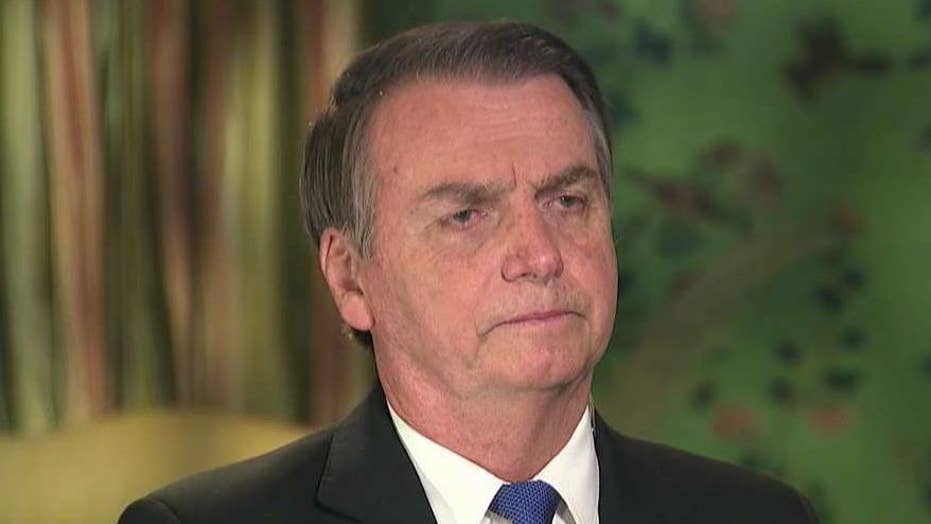 Brazilian president: We want to deepen and expand trade relations between US and Brazil

The  "Trump of the Tropics" is in Washington, D.C., this week and is expected to meet with President Trump at the White House on Tuesday in what is expected to be a friendly meeting where the two discuss trade and mutual interests.

But Jair Bolsonaro, the far-right Brazilian president, did not leave his country on a high note.

He has been dogged by a widely criticized tweet from a reported video taken during the carnival and there is also speculation in the country about who knew about last year's planned killing of a black Rio de Janeiro councilwoman.

Bolsonaro sat down Monday with Fox News' Shannon Bream for a wide-ranging interview.

Bolsonaro was criticized earlier this month for tweeting a sexually explicit video that was purportedly taken during the country’s famous carnival. He broadcasted the tweet to his three million followers in an attempt to show the country's debauchery. He admitted in the post that he did not “feel comfortable showing it,” but wrote that “we have to expose the truth so the population can be aware and always set their priorities.”

The tweet reportedly showed a man urinating on another man in public in front of revelers.

He said that he believes in traditional family values and harbors no resentment toward the homosexual community, despite the media's attempt to paint him as a bigot.

"One of the things that got me elected as president was my sense of respect to families, principles, tradition and custom," he told Fox News “@Night.” "And of course respect towards our culture as well as our religion. I am a Christian."

Bolsonaro was also forced to deny any knowledge of last year's assassination of Councilwoman Marielle Franco.

Franco’s killing was a source of media speculation in the country due to the professionalism in which it was carried out.

Franco, who was gay, was killed execution-style. The New York Times reported that a gunman “pumped several bullets into the car she was riding as she left a work event.”

The killing was reportedly planned three months in advance. The 38-year-old’s driver was also killed.

The two arrested in connection to the killing had military and a law-enforcement background. One was a retired military police officer and the other a former police officer.

Bolsonaro is a former army captain with reported deep ties to law enforcement.

“I only learned about Marielle Franco after she was killed,” Bolsonaro told Fox. "She was a councilwoman and I never -- I have never ever heard anything about her life.  And one further point, what kind of motivation could I possibly have to be the mastermind of some kind of murder like that?  I didn’t even know her.”

Despite the issues at home, Bolsonaro hopes to strengthen his relationship with Trump. He said he respects the president and hoped that their conversation tomorrow at the White House will be based “on the prospect of helping each other." 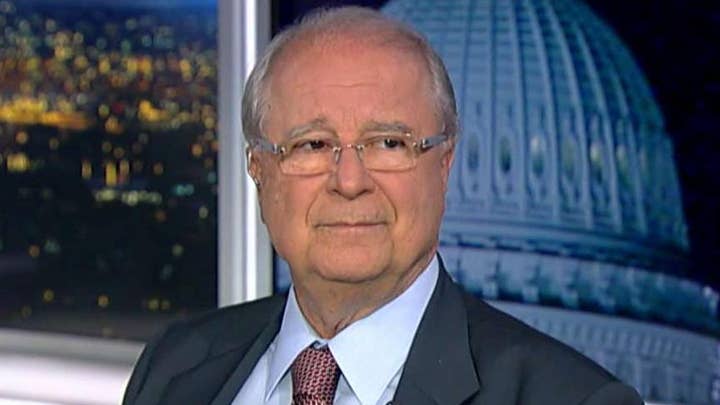 He and Trump share similar views on immigration and Bolsonaro said he agrees with Trump on border security.

"The vast majority of potential immigrants do not have good intentions," he said. "They do not intend to do the best -- or do good to the U.S. people."

Bolsonaro was elected last year and is an admirer of Trump. He sought to underscore his pro-America stance with a tweet upon his arrival on Sunday.

"For the first time in a while, a pro-America Brazilian president arrives in DC," he said in the tweet. "It’s the beginning of a partnership focused on liberty and prosperity, something that all of us Brazilians have long wished for."

I’m willing to open my heart up to him and do whatever is good, to the benefit of both the Brazilian and the American people.