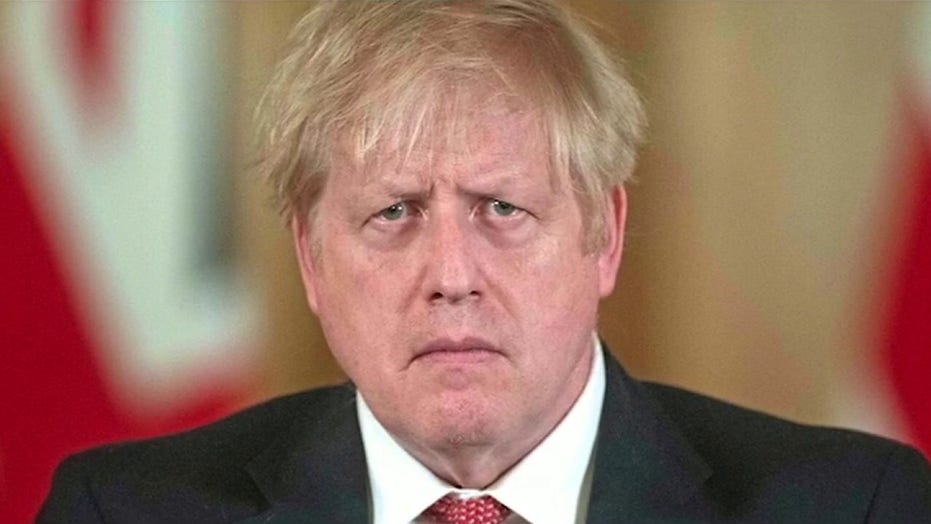 With British Prime Minister Boris Johnson in an intensive care unit after showing severe symptoms of COVID-19, attention has turned to the country’s first secretary of state, who is poised to take over for Johnson if he cannot perform his regular duties.

Though Downing Street has insisted Johnson will remain in charge while in the hospital, Dominic Raab will stand in for Johnson during emergency meetings.

Britain's Foreign Secretary Dominic Raab answers questions from the media via a video link during a media briefing on coronavirus in Downing Street, London, Monday, March 30, 2020.  (10 Downing Street via AP)

Though Britain has no official post of deputy prime minister, Raab said on Monday that Johnson had asked him to “deputize for him where needed in driving forward the government’s plans to defeat coronavirus.”

A controversial politician, Raab, like Johnson, was a diehard Brexit supporter, appearing regularly on talk shows leading up to the 2016 referendum.

Under Johnson’s predecessor, Theresa May, Raab fulfilled junior ministerial roles before being promoted to her cabinet as Brexit secretary in July 2018.

But only a few months in the job, Raab quit over what he regarded as May’s lackluster policy on Brexit.

“I cannot reconcile the terms of the proposed deal with the promises we made to the country in our manifesto at the last election,” Raab said at the time. “This is, at its heart, a matter of public trust.”

Britain’s unwritten constitution does not have a clear rule for what happens if a prime minister dies. The most recent prime minister to have died in office was in 1865.

Johnson delegating Raab to fill in for him clarifies things for now, but it does not mean Raab would automatically take over permanently should a new leader be needed.

Johnson, 55, was admitted to St. Thomas’ Hospital late Sunday, 10 days after he was diagnosed with COVID-19, the first major world leader to be confirmed to have the virus.

His deteriorating health too many in Britain by surprise. Hours earlier, he had tweeted that he was in good spirits and thanked the National Health Service for taking care of him and others with the disease.

The prime minister's spokesman said earlier Monday that Johnson had spent a comfortable night and remained in charge of government after being admitted to the hospital because his cough and fever persisted.

Speaking earlier at the government’s daily coronavirus press briefing, Raab said Johnson was being “regularly updated” but said he had not spoken to him since Saturday.