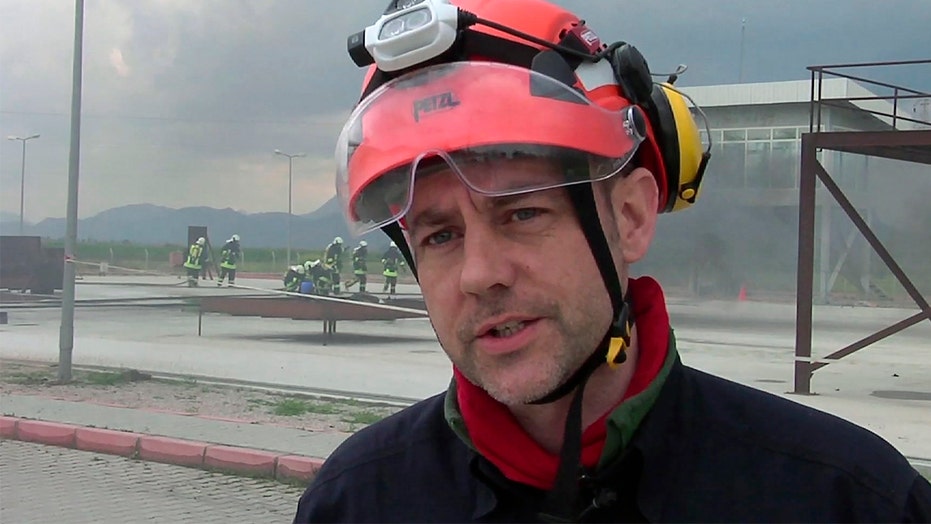 James Le Mesurier, the former British soldier who founded the White Helmets volunteer rescue group that has saved thousands of Syrians caught up in the country's civil war, died from a fall, Turkish forensic experts said.

Le Mesurier, 48, was found dead in November on a street below his apartment in Istanbul.

State broadcast outlet TRT said Monday that the cause of death was "general body trauma linked to a fall from height," the BBC reported.

In this image taken from file video, James Le Mesurier, founder and director of Mayday Rescue, talks to the media during training exercises in southern Turkey, March 19, 2015. Le Mesurier was found dead in Istanbul last month on a street below his apartment. (AP Photo, FILE)

The CEO of Mayday Rescue, which founded the White Helmets, also known as the Syria Civil Defense, was discovered dead around 4:30 a.m. on Nov. 11.

The White Helmets comprised more than 3,000 volunteers working in opposition-held areas in Syria to help those injured. The group has been credited with saving thousands caught in the middle of attacks between Syrian forces and rebel groups.

In 2016, the group received the Right Livelihood Award in recognition for "outstanding bravery, compassion and humanitarian engagement in rescuing civilians".

It was also nominated for the Nobel Peace Prize.

The Syrian government, along with Russia and Iran, have accused the White Helmets of aiding terrorist groups, which it has denied.