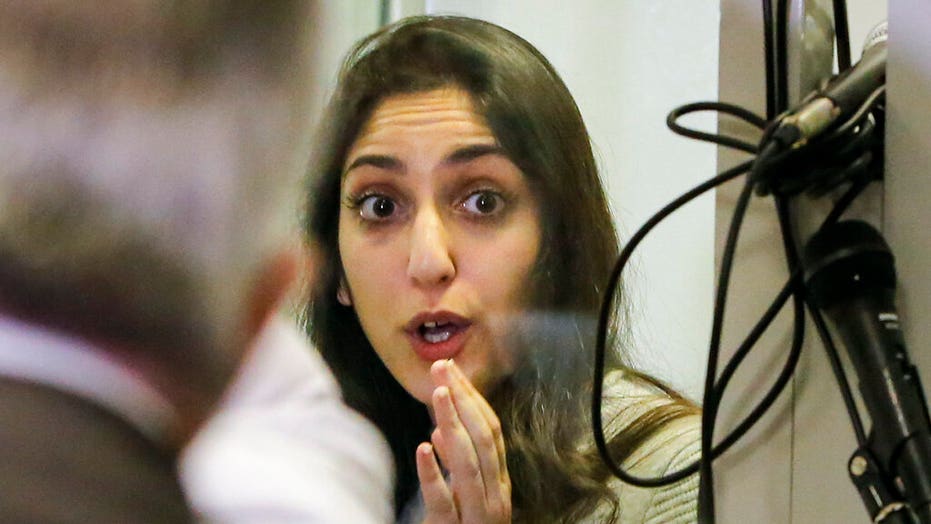 Russian President Vladimir Putin on Wednesday signed a decree pardoning an American-born Israeli woman who has been imprisoned in Russia since April on drug charges, the Kremlin said in a statement.

Israeli Naama Issachar gestures during an appeal hearing in a courtroom in Moscow, Russia.  (AP)

The 26-year-old backpacker was arrested in April at a Moscow airport after Russian authorities charged her with carrying more than nine grams of hashish in her luggage. Issachar was convicted and sentenced to 7 1/2 years in prison.

She’s been serving her sentence in a prison colony just outside Moscow.

In December, a Russian court rejected Issachar’s appeal. Her sister, Liad Gold, told Fox News at the time: “I think the punishment doesn’t fit the crime. I think it’s extreme and inhumane and she’s more than paid the price for what she did.”

On a visit to Israel last week, Putin met with Issachar's mother and told her, "Everything will be alright." Putin's decree followed Issachar's petition for a pardon.

“I’ve been waiting for this moment for almost a year. It’s been a long journey that I wouldn’t wish on anyone,” Issachar’s mother said. “At this moment what I want to do more than anything is to hug my daughter.”

Some in Israel have linked Issachar's arrest to the fate of a Russian man, Alexei Burkov, who was arrested in Israel on a U.S. warrant on charges of involvement in a $20 million credit card fraud scheme. Israeli media reports alleged that Russia hoped to use Issachar as a bargaining chip to persuade Israeli authorities to send Burkov home even though Russian officials never linked the issues.

Russia submitted an extradition request for Burkov to Israel, but he was sent to the U.S. in November on an Israeli court order.