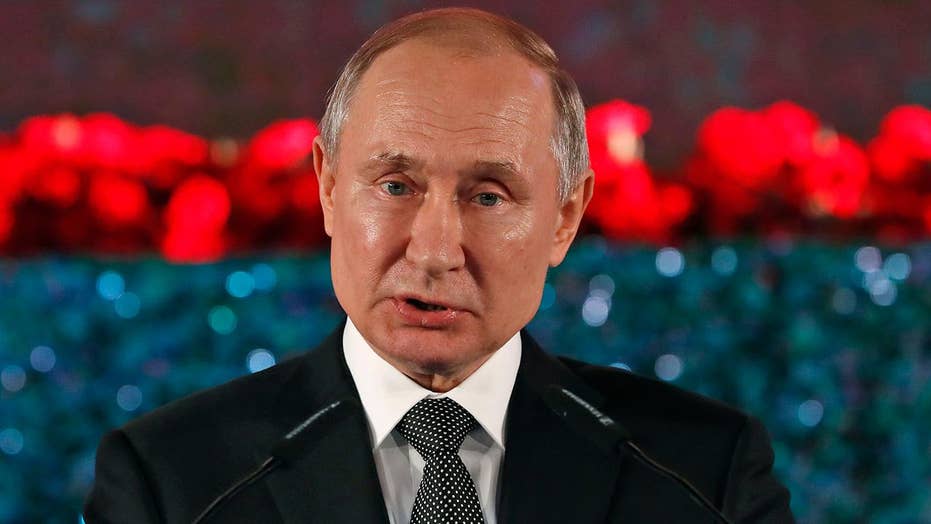 Jonathan Wachtel, former director of communications of U.S. Mission to the UN, reacts to the Putin cabinet shake-up.

Is Russian President Vladimir Putin setting himself up to be "president for life?"  According to the former director of communications and spokesperson at the U.S. Mission to the United Nations, Putin is setting himself up to "remain at the reigns" far past 2024 when he reaches his term limits.

"Vladimir is up to securing things so that everything's 'A-OK' moving through his life. He's 67 years old, OK. He's the longest-serving leader of Russia officially. He beats out [Joseph] Stalin and others, [by] about 20 years," Jonathan Wachtel said Saturday on "America's News HQ."

"Clearly, Russia is not an active democracy and Vladimir Putin wants to ensure that he remains at the reign of things," he added.

Last week, Putin engineered a surprise shake-up of Russia’s leadership, proposing changes to the country's constitution that could keep him in power long-term.

The shake-up sent shock waves through Russia’s political elites who were left pondering what Putin’s intentions were and speculating about future Cabinet appointments.

Putin’s proposed constitutional reforms, announced in a state of the nation address, indicated he was working to carve out a new governing position for himself after his term ends, although the suggested changes don’t immediately specify what path he will take to stay in charge.

Wachtel pointed out that Putin was popular in "many circles" but some are fed up with the former KGB operative.

"He's quite popular in many circles because of his strong hand, strongman tactics and pushing Russia onto the world stage. You know, what the public in Russia consumes is very different from what we get to see [is] happening in the world," Wachtel said. "So he looks like a hero among many, but there is a strong opposition in Russia that is sick and tired of him."

Hours after he made the proposals, Prime Minister Dmitry Medvedev resigned and Putin named the little-known head of Russia’s tax service to replace him.

Putin kept his longtime ally Medvedev in the Kremlin’s leadership structure by appointing him to the newly-created post of deputy head of the presidential Security Council. But the duties and influence of that position are unclear.

Wachtel said "there is potential" that Putin will "swap in" and become president again, as he has before. He also said Medvedev's replacement could serve as Putin's "insurance."

"An interesting thing is the fellow who's replaced Medvedev as prime minister is the former tax chief. The guy who dealt with federal taxes. And in a place like Russia, the man who deals with taxes has all the dirt on everybody, on the oligarchs, on where the money goes," Wachtel said. "You can dig up all sorts of stuff against your enemies and ensure that you slander them or worse, get them in prison. So it's quite an interesting move. It looks very much like giving the insurance that he's going to be OK."