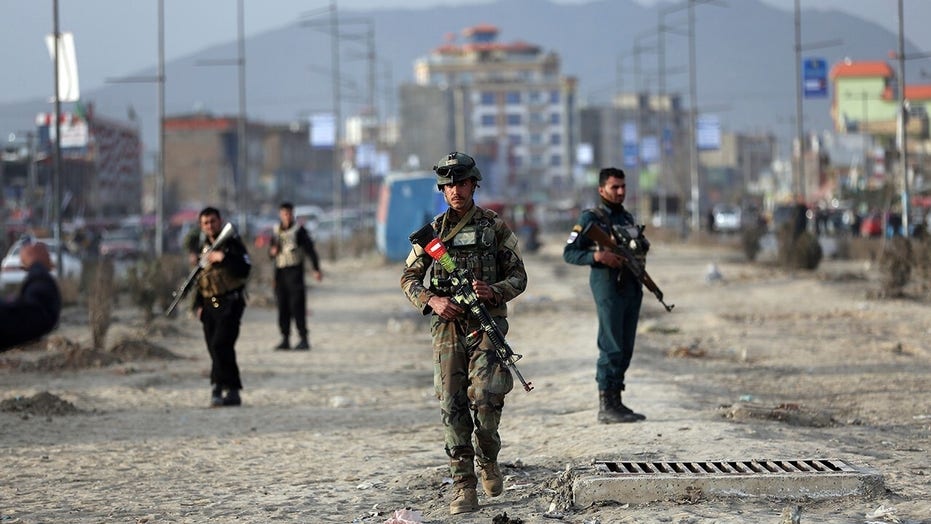 The U.S. is preparing to sign a historic peace deal with the Taliban at the conclusion of the 7-day 'reduction of violence' agreement; Greg Palkot reports from Kabul, Afghanistan on what locals are saying.

For the tens of thousands of U.S troops who served throughout the ancient streets and craggy mountains of Afghanistan, the memories of combat are still raw. They watched comrades pay the ultimate price. Scores lost limbs and many thousands still grapple with the invisible wounds of war.

Now, after more than 18 years of bloodshed, the U.S. government is on the brink of signing a "peace deal" with the Taliban. And for the Americans who fought in the line of fire, the unceremonious ending to the "forever war" elicits a mixed response.

"I don't know that I ever had a vision or thought out what the end of this war would be. But it is hard to see a peaceful Taliban. A reluctance to accept Western views and ideas puts them fundamentally against things such as free elections, dignity for women, or partnerships with U.S. or NATO forces," said Fox News contributor Johnny "Joey" Jones, a former U.S. Marine Explosive Ordnance Disposal Technician who lost both his legs while serving in Helmand province in 2010. "It's a side step; it allows a campaign promise to be filled."

Ending the Afghanistan War, which was sparked following the Sept. 11 attacks and has gone on to be the U.S.' longest-running conflict, has remained one of President Trump's 2016 campaign promises.

The highly anticipated peace accord is expected to be signed Saturday afternoon local time by Taliban leadership and U.S. Special Envoy Zalmay Khalilzad, who has been party to the negotiations for over 18 months and is considered to be the first step to formally severing U.S. engagement in the embattled country. It comes on the heels of a weeklong truce, dubbed a "reduction in violence" between warring factions.

"The war was always going to end in a peace agreement of some kind. The real question was over the terms of the agreement," said Jason Amerine, 48, who commanded Operational Detachment Alpha (ODA) 574 in November 2001 – which aided the push to overthrow the then-Taliban leadership of the country – and then went on to advise and assist Hamid Karzai in seizing provinces as he became first the interim leader and later president. "The Taliban-aligned tribes have the upper hand in these talks, and the U.S. appears willing to compromise on anything to end our role in the war."

In a statement, the Taliban has vowed its intention to "create a suitable security situation" and is adamant that 5,000 of its prisoners need to be released from jails mostly run by the Afghan government. It has also pledged not to allow the country to become a breeding ground for terrorist outfits such as Al Qaeda that pose a threat to American national security. In exchange, the United States has proclaimed to begin a gradual withdrawal of all boots on the ground.

"I get the desire for peace and the desire for not seeing our men and women in uniform put in harm's way, but I think when it comes to Afghanistan, this peace deal will neither bring peace not get the soldiers out of harm's way," argued Brett Velicovich, 36, who served as intelligence support to a Special Forces team in 2004 and 2005, and returned in 2012 as a defense contractor. "To remove our troops currently on the ground who understand the external threats we face better than anyone, will take away our ability to conduct quick strikes, surveillance, and intelligence collection."

He also conjectured that by working with the Taliban publically, "it sends a message to terrorists that if you fight hard enough, the U.S. will eventually get tired and walk away."

Nonetheless, the future of the accord is fragile. The Taliban has refused to talk directly to the Afghan government itself, viewing the Kabul leadership as illegitimate as it seeks legitimacy of its own. It is unclear what the inked deal means for governance of the country, as the Taliban continues to control more than half the Afghan landscape.

"The Taliban will never be peaceful. They thrive on control and intimidation through extreme violence. Whatever agreement that is made needs to be made by the Afghanistan government and the Taliban, with little U.S. involvement," contended Kris "Tanto" Paronto, who served as an Army Ranger from 1995 to 2003 and later as a private security contractor in Afghanistan and Libya, where he survived the 2012 Benghazi attack on the U.S. compound.

"The Taliban will not adhere to any agreement that doesn't allow them complete power, and there are also too many unethical Afghan government officials that seek power at the expense of their people regardless of peace," he added.

Members of a Taliban delegation leaving after peace talks with Afghan senior politicians in Moscow in May 2019.  (REUTERS)

Kevin Kent, 46, a retired Navy SEAL turned entertainment industry military advisor and television/film stuntman, said he believes it is a step in the right direction "if all parties involved can hold their end of the deal," but skepticism pervades.

"I don't know if the Afghan culture lends itself to peace because many have been fighting their entire lives," he noted. "There might be hope if the women and children continue to be educated, and the leaders hold firm in the beliefs for a freer nation instead of an ideological stronghold for Islam."

However, critics contend that little about its approach has changed over the course of the almost two-decade war. Taliban-perpetuated violence has continued to rattle much of the nation, its hardline Islamic rule continuing to suppress women — of which none were included in the Doha-based negotiations.

"This is not how I envisioned (the war) ending, but I believe it is a possible solution if certain conditions are met. I believe it is absolutely imperative that protections for the equal rights of women are specific, state conditions of the agreement," said Mariah Smith, 41, who served three tours in Afghanistan as an Army Military Police Officer from 2007 to 2014. "It is crucial that there [is] no revenge or retaliation against the Afghans who worked with U.S. and Allied Forces — they are still at great risk."

Mariah Smith, 41, who served three tours in Afghanistan as an Army Military Police Officer from 2007 to 2014. (Courtesy Mariah Smith)

But given that more than 2,400 Americans have lost their lives in the Afghanistan fight, and taxpayers have dished out more than $2.4 trillion dollars, other veterans contend the deal has been too long coming.

"Our mission and war goals were to kill Al Qaeda and displace the Taliban. That was done by 2002," emphasized David "Bo" Bolgiano, who served that year as Command Group/Special Operations Forces, pointing out that it is not the U.S.' problem to continue languishing in Afghanistan. "I served in 2002, and my son served there 16 years later. To what end? As long as they don't export terrorism to us, who cares?"

For many, the seemingly prosaic beginning of the end agreement brings with it a sobering downpour of reflections.

"I thought we would be complete with our mission to Afghanistan 10 years ago," surmised Arnold V. Strong, 52, who enlisted in the Army in 1985 and retired as an infantry colonel in 2017, serving in Afghanistan in early 2003, again in 2006-2007 as a Brigade Public Affairs Officer and Operations Officer, and yet again in 2010 as an advisor and mentor. "I had a hope that there would be much stronger institutions, much better governance, and a much more renewed economic condition of the emergent 'New Afghanistan.' I did not think we would be in the dire protracted condition we find ourselves within, where soldiers who were barely born on 9-11 are now enlisting and deploying as foot soldiers in what has become the longest war in our nation's history."

The pending accord also raises the question: Was it worth it?

"Al Qaeda murdered 2,974 on 9/11 from 77 countries. Hundreds more have died of cancer since 9/11 due to exposure to the toxins at Ground Zero," Amerine said. "Our nation had no choice but to respond decisively to these attacks."

For Smith, the question remains open-ended.

"If peace holds and the government and security forces of Afghanistan have the chance to continue to modernize and develop if Afghanistan does not return to being a safe haven for terrorists that conspire to attack the U.S. and allied interests, if human rights, particularly for women and young people continue to improve, then yes it was worth it," she said.

And according to Kent, one of the few good things to stem from Sept. 11 was Sept. 12.

"That day, our citizens came together, regardless of beliefs, race, religion, or political party," he added. "It is my hope that Americans can end the political division that this country has turned to and remember the thousands of men and women who sacrificed themselves to help an oppressed regime halfway around the world. Our country would be a better place if people could remember that thinking and being different from one another is a good thing."