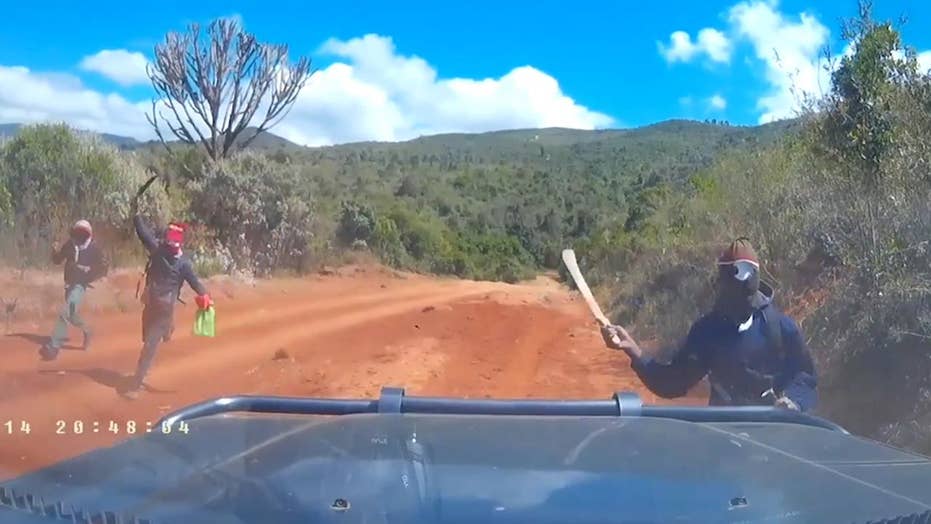 Shocking footage shows a group of machete-wielding bandits chasing an American couple on a dusty road in Kenya.

Bryant Swenson and his wife Lauren, from Utah, were driving near Mai Mahiu on November 30 when three masked men attacked their car.

The couple, who moved to Nairobi with their three children to open a CrossFit gym, spotted a white van which the gangsters are believed to have been trying to rob.

Bryant said in a Facebook post about the attempted robbery, that one of the men was carrying a gun but “couldn't get it out of his waistbelt in time”.

CALIFORNIA MAN STEPS IN FRONT OF MACHETE TO SAVE WOMAN AT STARBUCKS: REPORT

Bryant Swenson and his wife (pictured) Lauren , from Utah, were driving near Mai Mahiu on November 30 when three masked men attacked their car<br> (Lauren Swenson)

As the bandits rushed towards their Toyota Land Cruiser, Bryant had to reverse backwards to give himself time to roll up his window before moving past the dangerous criminals.

He then quickly shifted back into drive and sped past the three bandits who hurled their giant blades at the passing car.