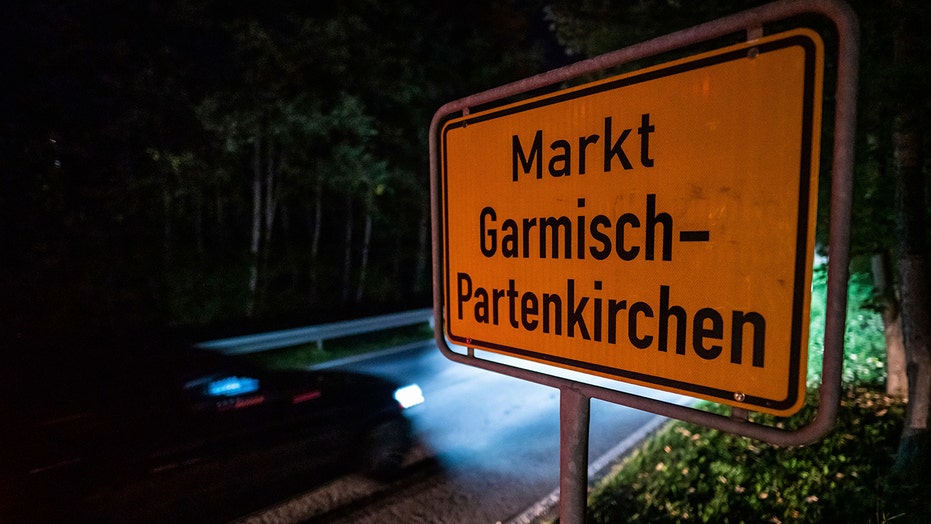 Three more coronavirus cases were reported at an Alpine resort in Germany where the outbreak is linked to a barhopping 26-year-old American accused of ignoring quarantine rules.

The newly infected people frequented the same bars as the woman in the town of Garmisch-Partenkirchen at the foot of the Alps.

GERMANY MAY FINE US WOMAN OVER CORONAVIRUS OUTBREAK IN ALPINE RESORT

The total number of cases linked to the woman has now climbed to 59, including 25 staff members at the Edelweiss Lodge and Resort where the woman worked. The resort caters to U.S. military personnel.

County authorities were awaiting results for about 300 tests and were unable to give the “all clear.” The positive cases emerged from 740 tests conducted over the weekend.

In this Sept. 13 photo, a car drives past the place name sign in Garmisch-Partenkirchen, Germany. Officials in southern Germany are considering imposing hefty fines against a 26-year-old American woman linked to a cluster of coronavirus cases in the Alpine resort town of Garmisch-Partenkirchen, including at a hotel that caters to U.S. military personnel. (Lino Mirgeler/dpa via AP)

Bavaria's governor, Markus Soeder, said the outbreak was “a model case of stupidity” because the American woman showed COVID-19 symptoms and was awaiting a test result when she went on the pub crawl. He suggested the woman may be fined for her “recklessness.”

In Bavaria, those violating quarantine orders face fines of more than $2,300.

Andrea Mayer, a spokeswoman for prosecutors in Munich, said an investigation into the incident is ongoing.

The U.S. military is conducting its own investigation.

“We are currently gathering the facts associated with this incident, as are our Bavarian hosts,” the Army said. “U.S. civilian employees are subject to Bavarian ordinances on prevention of infectious diseases, just as any German citizen.”

Meanwhile, the outbreak has forced the town to impose a 10 p.m. curfew on bars and restaurants, and a rule that no more than five people can gather in public. The Edelweiss Lodge and Resort has been shut down for two weeks.