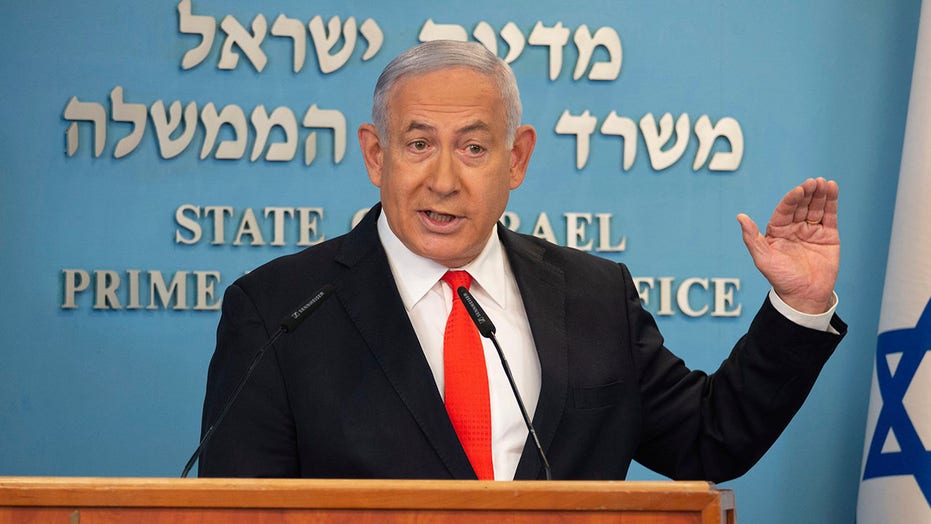 The tightening of measures will begin Friday, the start of the Jewish High Holiday season, and last for three weeks. Schools, restaurants, malls, and hotels will shut down, among other businesses, and Israelis will face restrictions on movement and on gatherings.

GERMANY MAY FINE US WOMAN OVER CORONAVIRUS OUTBREAK AT ALPINE RESORT

“I know those measures will exact a heavy price on us all,” Netanyahu said in a nationally broadcast statement. “This is not the kind of holiday we are used to. And we certainly won’t be able to celebrate with our extended families.”

Officials may relax the new measures if numbers are seen declining.

Israel is the first country in the world to enter a full second lockdown, according to the Times of Israel.

Israeli Prime Minister Benjamin Netanyahu speaks during a briefing on coronavirus development in Israel at his office in Jerusalem, Sunday, Sept. 13 2020. Netanyahu announced a new countrywide lockdown will be imposed amid a stubborn surge in coronavirus cases, with schools and parts of the economy expected to shut down in a bid to bring down infection rates. (Alex Kolomiensky/Yedioth Ahronoth via AP, Pool)

The first lockdown went into effect in April when the virus first arrived. While credited with having brought down what were much lower infection numbers, the lengthy shutdown wreaked havoc on the country’s economy, sending unemployment skyrocketing.

While initially earning praise for the quick response to close the country’s borders, Netanyahu has since been blamed for opening businesses and schools too quickly and allowing the virus to spread unchecked.

Israel has had more than 150,000 confirmed cases of the coronavirus and more than 1,100 deaths.

It is currently seeing more than 4,000 daily cases of the virus. Given its population of 9 million, the country now has one of the world’s worst outbreaks.