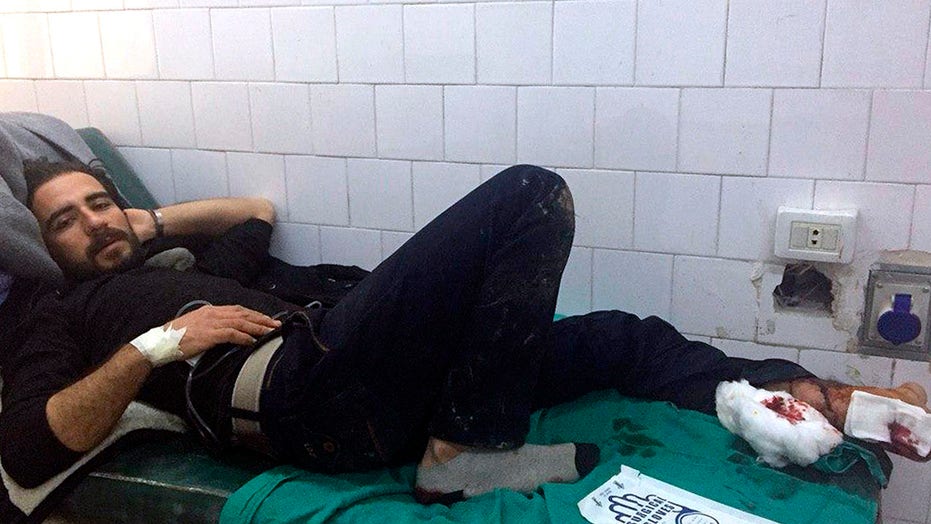 U.S. troops returned fire in self-defense Wednesday after coming under attack by an “angry mob” at a “pro-Syrian regime forces" checkpoint near a village in northeast Syria, U.S. military officials said.

Pentagon spokesperson Lt. Col. Carla Gleason said no coalition service members were killed. Syria’s state-run media reported one Syrian civilian was killed and another was wounded, but a U.S. official said there was no video to support the claim.

The coalition forces had been conducting a routine patrol near Qamishli when they encountered the occupied checkpoint, a U.S. military spokesman said in a statement, which did not mention any deaths. After issuing a series of warnings to de-escalate the situation, they came under attack by the unidentified “mob” firing AK-47s, the U.S. official said.

The American troops then returned fire in self-defense, the statement added.

The U.S. troops had already passed through two checkpoints set up by government forces without incident. It was at the third checkpoint when civilians gathered and blocked the vehicles, the spokesman said.

A U.S armored vehicle was disabled by the gunfire from the mob. A second U.S. patrol later towed the stricken vehicle back to base. When the American reinforcements arrived, “more shots were fired,” the official said.

The situation eventually was de-escalated and the patrol returned to base. The incident was under investigation.

While Russian troops were present at the scene, “today’s incident did not involve the Russians,” Defense Secretary Mark Esper told reporters in Brussels during a meeting of NATO defense ministers.

The Russians were contacted on a “deconfliction” hotline after the gunfire began; U.S. and Russian commanders have used the hotline regularly in recent years after Washington and Moscow sent forces to Syria. The Russians then contacted the Syrian government about the incident.

The U.S. official said the encounter would not stop future U.S. patrols in the area, and there was no plan to suspend them.

The people who attacked the American forces did not belong to the Islamic State terror network, the official added.

The state SANA news agency said the locals had gathered at the army checkpoint in the village of Khirbet Ammu, east of the town of Qamishli, pelting the U.S. convoy of four vehicles with stones and taking down a U.S. flag from one vehicle.

A Syrian man received treatment after U.S. troops opened fire on locals who tried to block a U.S. convoy driving near the village Khirbet Ammu, according to Syria's state-run news agency SANA. (SANA via AP)

The report said hundreds of people gathered at the checkpoint to prevent the convoy from continuing on its way.

State-run Al-Ikhbariya TV aired a cellphone video showing an armored vehicle flying a U.S. flag standing on a rural road while a car appeared to be blocking its way. One civilian was seen tearing a U.S. flag as he approached a soldier who stepped down from the vehicle.

Hundreds of U.S. troops have been stationed in northeastern Syria, working with their local partners from the Kurdish-led Syrian Democratic Forces to fight against ISIS.