Nine tourists, mostly from the U.S., have been placed in quarantine at a hotel in southern Spain after they tested positive for coronavirus, health officials said.

The travelers, who have not shown any symptoms of the illness so far, were placed in isolation for 14 days at the Sol Don de Torremolinos hotel resort in Costa del Sol, about 110 miles south of Seville.

The group, who had been traveling through Spain's Andalusia region, had been staying at the Hotel Don Pablo in nearby Ronda – a popular tourist destination – when a 70-year-old man fell ill. They were transferred to the Sol Don de Torremolinos hotel.

The man is being treated for coronavirus at a hospital in Ronda, which is about 30 miles from Costa del Sol, officials said. His wife has tested negative for the illness.

A spokesman for the Andalusian regional health authorities said the nine tourists in quarantine in the hotel in Torremolinos had tested positive for coronavirus but had so far not shown symptoms.

Health officials said they believe the group contracted the virus from a tour guide, who is Italian.

More than 118,000 confirmed cases of coronavirus – or COVID-19 – have been seen around the world in 106 countries and international conveyance according to the WHO. Spain has at least 1,600 cases and 28 deaths.

Italy, which has seen more than 10,000 infections as of Wednesday morning, is the European country with the highest number of deaths from coronavirus, with at least 631 deaths, according to the Civil Protection Agency. 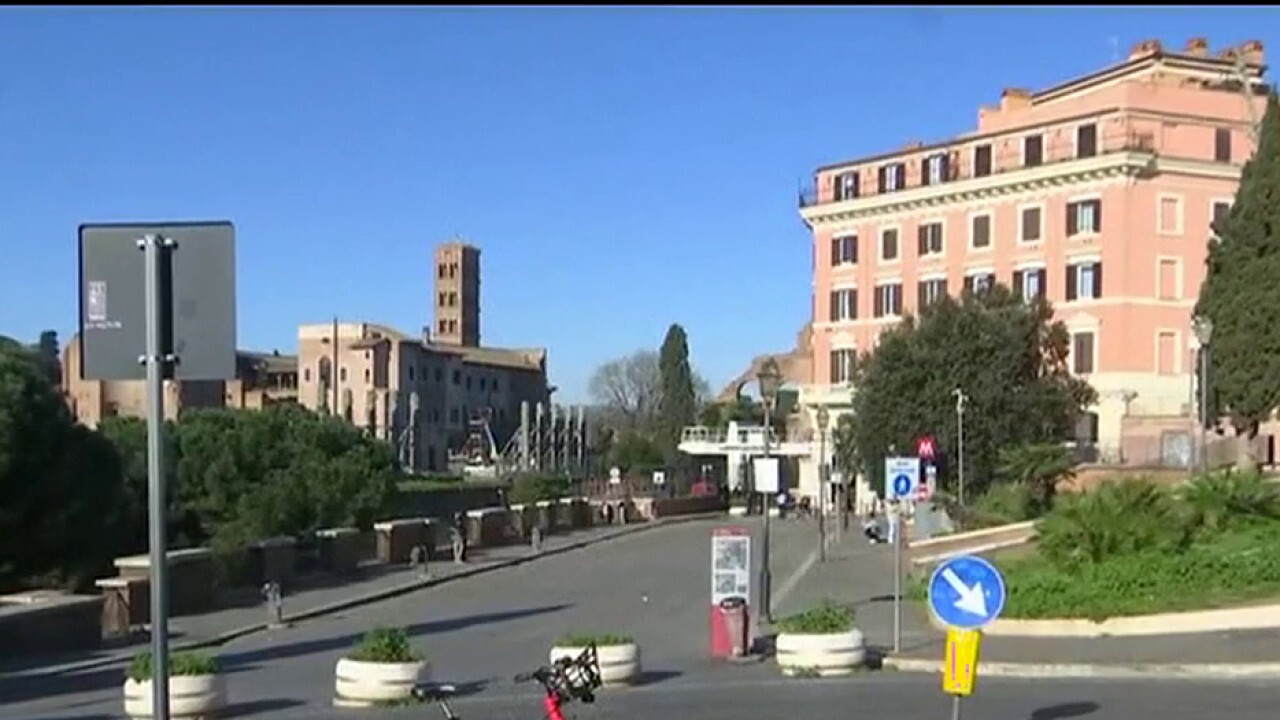 Italy in total lockdown until April as coronavirus spreads

Italy's prime minister locks down the entire nation of 60 million people after over 400 die from the coronavirus; Amy Kellogg reports from Florence.

Melía Hotels International, the owner of the Sol Don de Torremolinos, said in a statement: “While these tourists are in quarantine, they will remain in the hotel and will be served food every day on trays to prevent any contact with staff."

“Checks will be made every day to test their temperatures in accordance with accepted protocols.”

The United States Embassy in Madrid was unavailable for comment when contacted by Fox News.

CORONAVIRUS CASES IN US EXCEED 1,000, AS MICHIGAN SEES ITS FIRST CASES

Last month, some 800 tourists, most of them from Britain, were confined to the H10 Costa Adeje Palace hotel in Tenerife in the Canary Islands after an Italian doctor and his wife, who were staying there tested, positive for coronavirus. All of those who tested negative have now left the hotel. Four people were being treated for the illness.

The Spanish government has closed schools in Madrid, the Basque Country and in La Rioja, a popular wine-growing area, and the next two weeks, with more than 1.5 million students doing online learning from home.

In Madrid, which as of Wednesday morning has confirmed 102 cases and 31 deaths, all meetings with more than 1,000 people have been banned, direct flights from Italy to Spain have been suspended until 25 March and the government has advised people to work at home.

The Spanish parliament has suspended its activities for a week after a leading member of the far-right Vox party Javier Ortega-Smith was diagnosed with coronavirus.