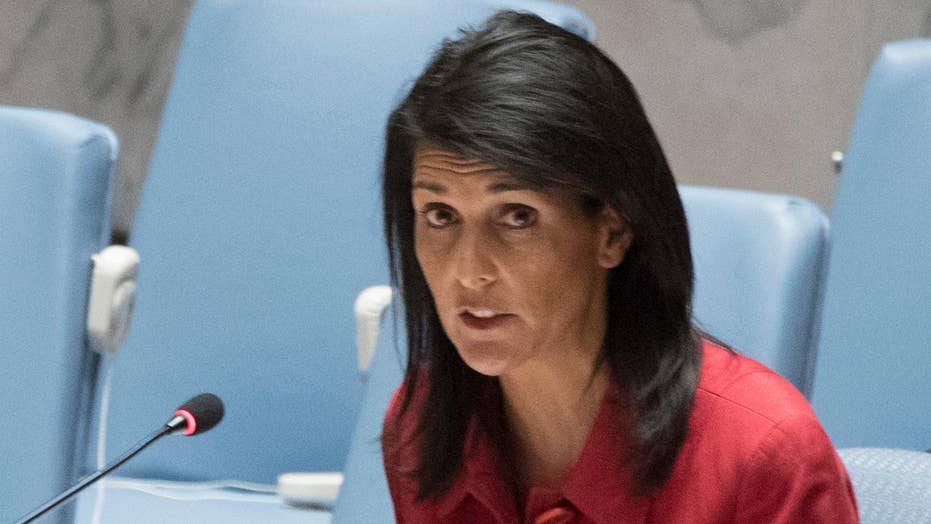 Amb. Nikki Haley changing the tone, focus at the U.N.

UNITED NATIONS – U.S. Ambassador Nikki Haley has a message for North Korea: "We're not trying to pick a fight so don't try and give us one."

She told reporters Wednesday: "The ball is in their court. They shouldn't try and play at this point."

Haley the U.N. Security Council's current president. She said members are working on a statement responding to the latest North Korean missile launch that failed.

Secretary-General Antonio Guterres told reporters the United Nations fully backs efforts of all states trying to ensure "that North Korea doesn't acquire the capacities that would become a threat, not only for the region but in a wider area of the world."