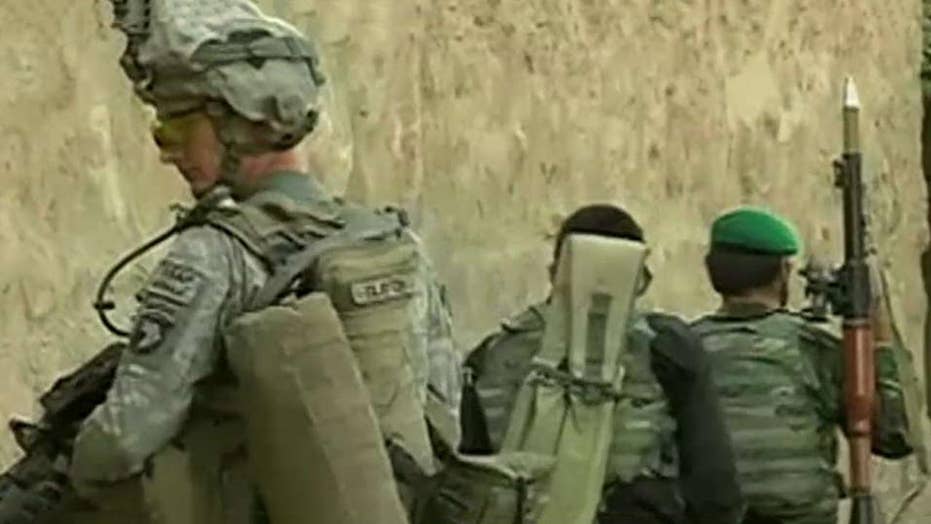 Fears rise of an ISIS comeback

In Afghanistan, the enemy of my enemy is my friend -- sort of

It may have seemed inconceivable 18 years ago following the September 11 terrorist attacks and the invasion of Afghanistan, but the United States is inching closer to a peace agreement with the Afghan Taliban, the group that provided safe haven for the Al Qaeda terror group responsible for the attack.

Any peace agreement reached would require the United States being on the same side as the religious extremist group to fight a common enemy: The Islamic State.

A negotiated settlement to end America’s longest war and bring U.S. troops home will not be easy, and an alliance between the former foes will only be feasible if the Taliban agrees to talks with the Afghan National Government and eventually enters into a power-sharing agreement. This coalition would incorporate Taliban insurgents into the Afghan National Army to fight against the Islamic State franchise in Afghanistan known as the Islamic State in Khorasan.

Although ISIS lost its territorial Caliphate in Iraq and Syria, the group has splintered and remains a threat around the region with several local franchises sprouting up, including in Afghanistan.

ISIS claimed responsibility for one of the deadliest suicide attacks in years, blowing up a wedding and killing 63 people while wounding nearly 200 earlier this month. (AP)

GRAHAM WARNS WITHDRAWING FROM AFGHANISTAN WILL LEAD TO 'ANOTHER 9/11'

ISIS claimed responsibility this month for one of the deadliest suicide attacks in years, blowing up a wedding and killing 63 people while wounding nearly 200. The Taliban has been responsible for deadly attacks even while it negotiates with the U.S.; however, the group condemned this attack.

Former Ambassador Zalmay Khalilzad, who is the U.S. envoy for peace talks with the Taliban, asserted that the attack proves a peace agreement with the Taliban is imminently necessary. The Taliban demand a timetable for the withdrawal of all U.S. and Western troops from the country. There are currently more than 14,000 U.S. troops in Afghanistan and nearly 17,000 overall serving under NATO’s Resolute Support Mission. The U.S. has offered a proposal to withdraw troops and the best way to accomplish this is to have peace talks between the Taliban and the Afghan government. 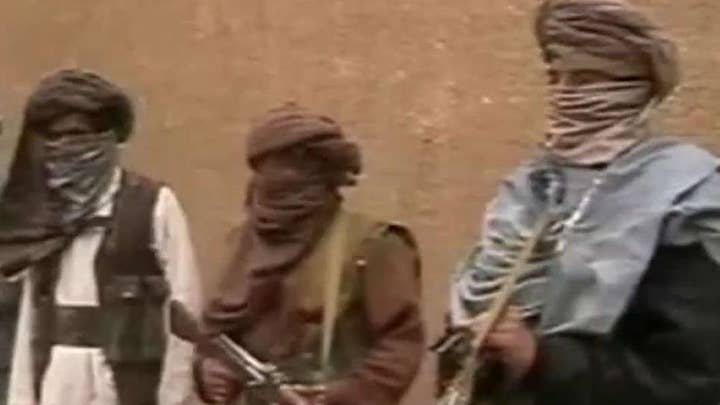 “It might be more plausible that each will fight ISIS in its own way, perhaps with a degree of de-confliction. This also might be sufficient, since the Taliban and ISIS are already intensively at war with each other on more or less a daily basis,” Johnny Walsh, senior expert on Afghanistan for the United States Institute of Peace, told Fox News.

It certainly seems as if the old adage “the enemy of my enemy is my friend” plays out in Afghanistan.

“Last year, the Taliban essentially eradicated one of ISIS’ two main contingents in Afghanistan, by surrounding it before it surrendered to the Afghan government. This at least shows the ability of each force to contribute to a common goal, even if they do not literally “cooperate” and are deeply divided on other issues,” Walsh added.

Afghans look at a banner displaying photographs of victims of the Dubai City wedding hall bombing during a memorial service, in Kabul, Afghanistan, Tuesday, Aug. 20, 2019.  (AP)

If the U.S. and the Taliban strike a deal, ISIS will likely play the role of spoiler and could also inspire disaffected Taliban insurgents who may feel betrayed by a peace agreement with the U.S. to defect and join ISIS ranks. U.S. officials remain divided over the extent ISIS in Afghanistan poses. It’s unlikely the Khorasan group can coordinate and stage a 9/11-style attack on American soil, but with a fledgling government that doesn’t control its entire population, ISIS can further destabilize the country and keep Afghanistan in a constant state of conflict renewal.

One of the major concerns surrounding reconciliation between the Afghan government and the Taliban is the durability of the peace agreement. Experts and policymakers across the U.S. and Afghan society are skeptical that the Taliban will credibly commit to peacefully integrating into the national government and abandon their armed resistance.

Beyond joining the U.S.-Afghan government coalition to fight ISIS, the Taliban must also commit to several other preconditions.

JAMES CARAFANO: US MUST NOT ABANDON AFGHANISTAN - WE DON'T WANT OUR ENEMIES TO STRIKE AMERICA AGAIN

First, for the U.S. to withdraw its forces from Afghanistan, the Taliban must renounce Al Qaeda and commit to keeping Afghanistan free of terrorist activity. While the Taliban has pledged that Afghanistan will not become a hotbed for terrorism, the U.N. released a report in April 2018 that outlined the Taliban’s continued cooperation with Al Qaeda given the strong historical link between the groups.

“The Taliban has a long history of working alongside Al Qaeda, but the group has tried to reassure the U.S. that it is done with Al Qaeda and will counter Islamic State. Of course, the notion that the U.S. will now delegate counterterrorism responsibilities to the Taliban is deeply ironic,” Max Abrahms, professor of political science at Northeastern University, told Fox News.

The Taliban and ISIS are merely organizational rivals operating for control of the same territory rather than bitter enemies who share divergent world views. The Taliban refused to pledge alliance to the Islamic State Caliphate and even the flagrantly sectarian violence perpetrated by ISIS crosses the line of brutality for the Taliban, Walsh explained.

The Taliban must also enter into an intra-Afghan dialogue with the government in Kabul. Thus far, the Taliban has refused to talk with the elected Afghan National Government, believing the Kabul government is merely a puppet of U.S. and Western imperial interests.

In this May 28, 2019 file photo, Mullah Abdul Ghani Baradar, the Taliban group's top political leader, third from left, arrives with other members of the Taliban delegation for talks in Moscow, Russia.  (AP)

The Taliban must also commit to upholding women’s and minority rights, two of the most significant gains achieved by Afghans since the Taliban were deposed in December 2001. This has justifiably caused deep anxiety among Afghan women, who fear a return to the archaic and oppressive policies that the Taliban implemented when the group ruled Afghanistan from 1996 to 2001.

“Women’s participation is important in any peace process, but never more than in Afghanistan, where the Taliban are notorious for denying women rights, and there has been extraordinary progress on women’s rights since the fall of the Taliban in 2001—progress that could easily be lost,” Heather Barr, senior researcher on women’s rights at Human Rights Watch, told Fox News.

In order to have a lasting peace and one that maintains the human rights of all groups, the Taliban must engage with the Afghan government. “The way to ensure that women and other under-represented groups have a say in the process is through them being included in an Afghan government delegation,” Barr added.

Initial negotiations between the U.S. and Taliban began in 2012 during the Obama administration and have ramped up during the Trump presidency. Both sides are eager to reach a deal by an unofficial September 1 deadline and must agree to a cease-fire to end what many call the forever war.