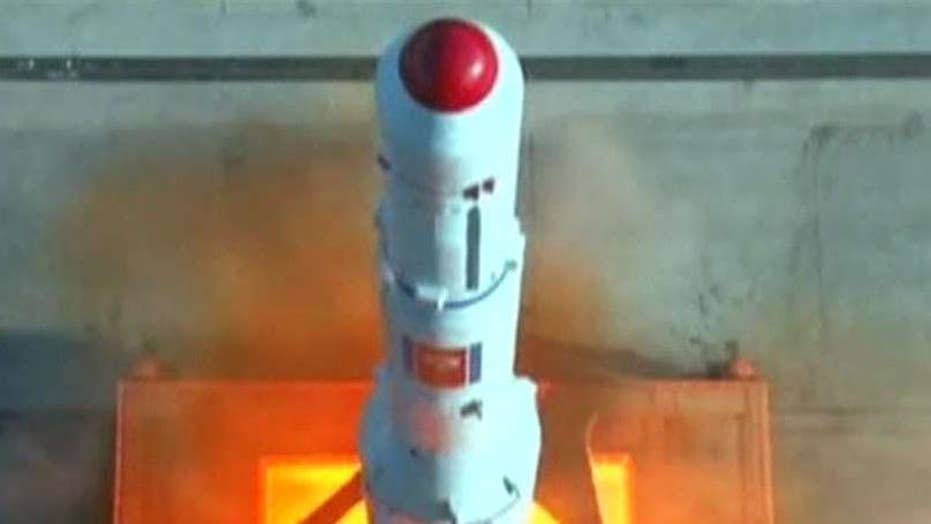 Test is the country's second failed launch in a week

North Korea attempted to launch another intermediate-range ballistic missile early Thursday morning local time, but the U.S. military reported that the launch failed, the second failure in the past five days.

The launch came hours before the last presidential debate and while South Korea's top diplomat and defense minister were in Washington for talks with their American counterparts. North Korea launched the missile, believed to be a Musudan intermediate-range missile, near the northwestern city of Kusong, U.S. officials added.

At a Pentagon press conference with Defense Secretary Carter Thursday, South Korean Defense Minister Han Min-koo, speaking through an interpreter, said there was a “high possibility” that North Korean dictator Kim Jong-un was at the test site when his missile blew up.

The South Korean defense minister also said his country would keep up “psy-ops” or psychological operations to “expose North Korea to the outside world.”

North Korea has attempted 24 missile launches and two nuclear tests this year, including eight launches of the Musudan missile, which can be fired from concealed road-mobile vehicles.

"The men and women of USSTRATCOM, NORAD and U.S. Northern Command, and U.S. Pacific Command remain vigilant in the face of North Korean provocations and are fully committed to working closely with our Republic of Korea and Japanese allies to maintain security," U.S. Strategic Command responded in a statement.

Four of North Korea's five nuclear tests have taken place during the Obama administration. In June, North Korea successfully fired a Musudan, which landed 250 miles away in the Sea of Japan.

Pentagon officials said they were concerned the Musudan could one day strike U.S. forces in Guam, in addition to the tens of thousands of U.S. troops stationed in Japan.

Defense Secretary Ash Carter on Thursday hosts his South Korean counterpart at the Pentagon for more talks. At the State Dept Wednesday, Carter promised an "overwhelming" response if the U.S. or its allies are attacked by North Korea.

Secretary of State John Kerry said the U.S. would deploy an advanced anti-missile system "as soon as possible" to South Korea. He also said the United Nations was in the process of looking at ways to tighten sanctions against the communist regime.

Kerry said North Korea sold a record level of coal to China in the last year. Beijing has rejected the U.S. plan to deploy the THAAD anti-missile system to South Korea.