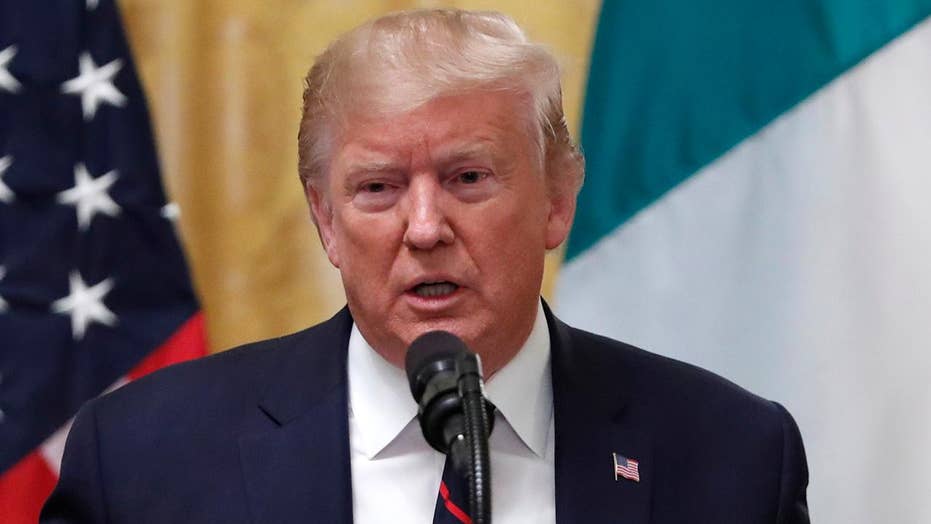 Trump says the U.S. may have to 'get in wars' as the Trump administration confronts rising tensions across the Middle East; Kevin Corke reports from the White House.

Threats by Iran to obliterate Israel have been played down by Germany, prompting the Trump administration’s highest-profile ambassador to criticize Chancellor Angela Merkel government’s attitude towards Tehran.

“Threatening the destruction of Israel is something that should not be dismissed, especially when the threats come from Iranian regime officials who regularly use terrorism as a weapon of intimidation. When someone shows you who they are, believe them,” Richard Grenell, the U.S. ambassador to Germany, told Fox News Tuesday.

Mojtaba Zonnour, chairman of National Security and Foreign Policy Committee in Iran’s Majlis legislature, said in October: “If Israel or America make a mistake, Israel won’t live for longer than 20 or 30 minutes.”

RUBIN AND VATANKA: US CAN MAXIMIZE PRESSURE AGAINST IRAN'S LEADERS WHILE HELPING ITS PEOPLE

Protestors with masks of world leaders protest in front of the United States embassy, demanding a new nuclear agreement with Iran to avoid a possible armed conflict at the mideast region, in Berlin, Saturday, Oct. 26, 2019.  (AP)

According to U.S. organization the Middle East Media Research Institute (MEMRI), Zonnour delivered his threat on Iran’s Channel 5. He said Iranian drones are tracking activity in American military bases as far as the island of Diego Garcia, a British overseas territory in the central Indian Ocean that is more than 3,000 miles away from the Islamic Republic.

Weeks before Zonnour threatened the destruction of Israel, Major General Hossein Salami, the commander-in-chief of Iran’s Islamic Revolutionary Guard Corps (IRGC), delivered a call to exterminate the Jewish state that was publicized by the state-funded IRNA agency as well as other Iranian regime outlets.

Salami, speaking to an audience of IRGC leaders, declared, “This sinister regime [Israel] must be wiped off the map and this is no longer… a dream [but] it is an achievable goal.”

He said the Islamic Republic of Iran had “managed to obtain the capacity to destroy the impostor Zionist regime.”

When asked whether the statement by Salami and Zonnour are anti-Semitic, Grenell said, “Yes.”

IRAN CUTS PRISONER'S FINGERS OFF AFTER FINDING HIM GUILTY OF THEFT

“Threatening the destruction of Israel is something that should not be dismissed, especially when the threats come from Iranian regime officials who regularly use terrorism as a weapon of intimidation. When someone shows you who they are, believe them,” Richard Grenell (pictured), the U.S. ambassador to Germany, said (AFP via Getty)

Grenell has been widely praised by German Jews, pro-Israel advocates and Israeli diplomats for his commitment to the security of Israel and for advancing the U.S-Israel relationship. The U.S. designated the IRGC a terrorist organization and considers Iran's mullah regime the top state-sponsor of terrorism.

The German Chancellery, the agency through which Chancellor Angela runs her government, in response to numerous requests for comment, would go no further than to label them “anti-Israel statements.”

A spokeswoman for the German foreign ministry said: “We condemn the recent threats by the Iranian Revolutionary Guard Corps against Israel in the strongest possible terms. Such anti-Israel rhetoric is completely unacceptable. Israel’s right to exist is not negotiable. We urge Iran to commit to maintaining peaceful relations with all states in the region and to take practical steps to de-escalate tensions.”

A Merkel representative has since reiterated that Iran’s threats to wipe Israel off the map are “anti-Israel rhetoric.”

Dr. Asaf Romirowsky, the U.S.-based executive director of the 40,000-member Scholars for Peace in the Middle East (SPME), told FoxNews.com, “As per the recent IHRA [International Holocaust Remembrance Alliance] definition [the Working Definition of Antisemitism] and the U.S. State Department definition, any calls for the destruction of the State of Israel should be viewed as clear anti-Semitism. Trying to calls these statements anti-Israel dilutes Iran’s real intentions and gives them a pass. The German government should unequivocally define these statements for what they are: anti-Semitism, and should not tolerate them.”

Dr. Charles Small, a leading expert on contemporary anti-Semitism and a visiting fellow at Oxford University, told FoxNews.com, “For the post-Holocaust German government to remain silent and not denounce, with force and outrage, the Iranian revolutionary regime’s ideologically based commitment to destroy Israel and Jewish sovereignty, is unconscionable, especially given the history of German anti-Semitism and the mass murder and destruction it caused.”

Small, who is also the founder and director of the New York City-based Institute for the Study of Global Antisemitism and Policy, added, “The Iranian regime’s twisted form of political revolutionary Islam is based on a theology that combines Nazi-inspired anti-Semitism and Holocaust denial. For the contemporary German government to ignore and dismiss this ideology and incitement to anti-Semitism makes Germany morally complicit in the hatred and crimes that the Iranian regime carries out daily within its borders and increasingly throughout the Middle East and beyond.” 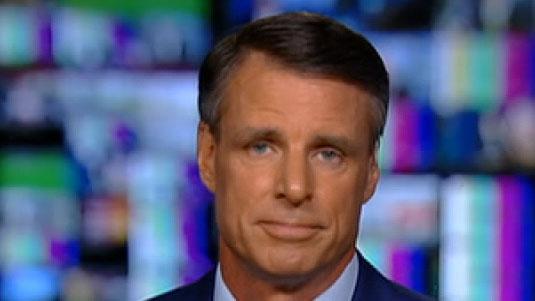 Germany’s reluctance to acknowledge that Iran’s repeated threats to kill the close to seven million Jews in Israel constitute anti-Semitism on a massive scale, according to experts, and may be related to Merkel’s desire to preserve the controversial Iran nuclear deal. The Trump administration pulled out of the Joint Comprehensive Plan of Action, the formal name for the atomic deal, in 2018 because the agreement did not stop Tehran from developing nuclear weapons.

Germany remains one of the Iranian regime’s most important trade partners. The German company IMAG, a subsidiary of Messe Munich, is slated to organize at eight trade fairs in Iran, including three in the next two weeks promoting business with the Iran energy, mining and automobile parts industries.

“We think it’s unbearable that the German government and German companies are leading actors in establishing business with the only regime which considers the annihilation of Israel a linchpin of its foreign policy," said Ulrike Becker, spokeswoman for the anti-Iranian regime organization STOP THE BOMB in Europe. "We call upon both the government and the companies: Stop your activities in Iran! There must not be any business with Iran until the regime stops the threats against Israel, its support of terrorism in the region and globally and of course its constant violations of human rights.”

IMAG, which conducts business in the United States, did not immediately respond to FoxNews.com media queries.

After an anti-Semitic attack on a synagogue by a neo-Nazi in the eastern German city of Halle earlier this month, Merkel's cabinet passed new measures on Wednesday to combat anti-Semitism. The shooting in Halle resulted in the deaths of two passers-by. The new punitive measures include stricter gun laws and increased prosecution of incitement and hate online.