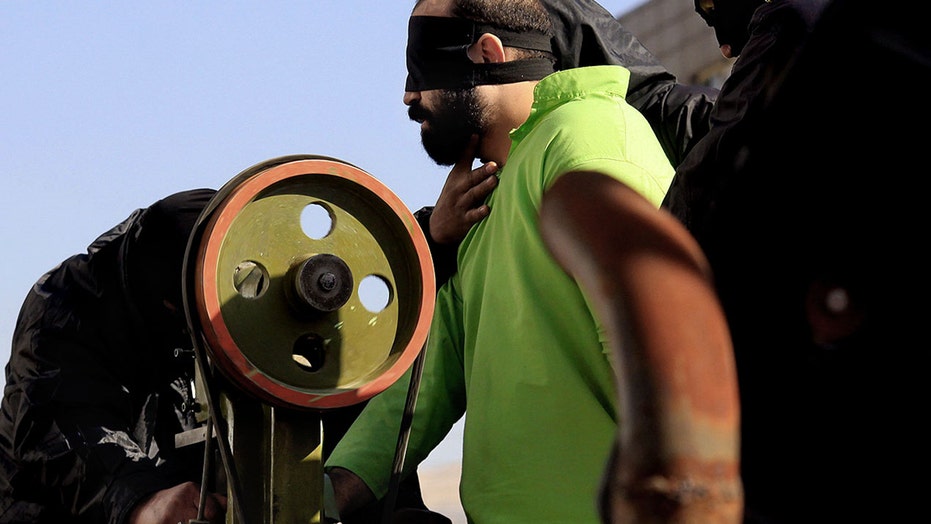 An Iranian man reportedly has had his fingers cut off after being found guilty of more than two dozen cases of theft.

The brutal punishment was carried out this week on a prisoner being held in the Iranian city of Sari, according to the BBC, and drew swift condemnation from human rights groups.

“Reforms to Iran’s penal code that would put an end to this outrageous practice are long overdue,” Saleh Higazi, Amnesty International’s Deputy Middle East and North Africa Director, said in a statement. “Iranian parliamentarians must immediately undertake reforms to abolish all forms of corporal punishment and move towards a criminal justice system that treats prisoners humanely and focuses on rehabilitation.”

Authorities carry out the court-ordered amputation of the fingers of a convicted thief in a public square in the southern Iranian city of Shiraz in 2013. A similar punishment was doled out in northern Iran earlier this week. (AP)

The Justice Department of Mazandaran province, Amnesty International says, released a statement following the amputation declaring that it was performed as part of its “policy to crack down, severely and without hesitation, on those who disrupt public order and security and steal public funds.”

Investigators had found the man guilty in 28 cases of theft and Iran’s penal code states that such a conviction “on the first occasion” is punishable by the removal of four fingers on the right hand, the BBC reports.

“Premeditated maiming and mutilation of individuals is not justice,” Higazi said. “It is a harrowing assault against human dignity. It is shameful that the authorities would attempt to present this punishment as anything other than what it is: an abhorrent form of torture.”

One of the last times Iran cut someone’s fingers off was in January 2018, when a 34-year-old was found guilty of stealing sheep, the BBC reports.

The Islamic Republic also was criticized by Amnesty International last year after images emerged of a man being publicly flogged following a conviction for consuming alcohol at a wedding he attended as a teenager a decade earlier.