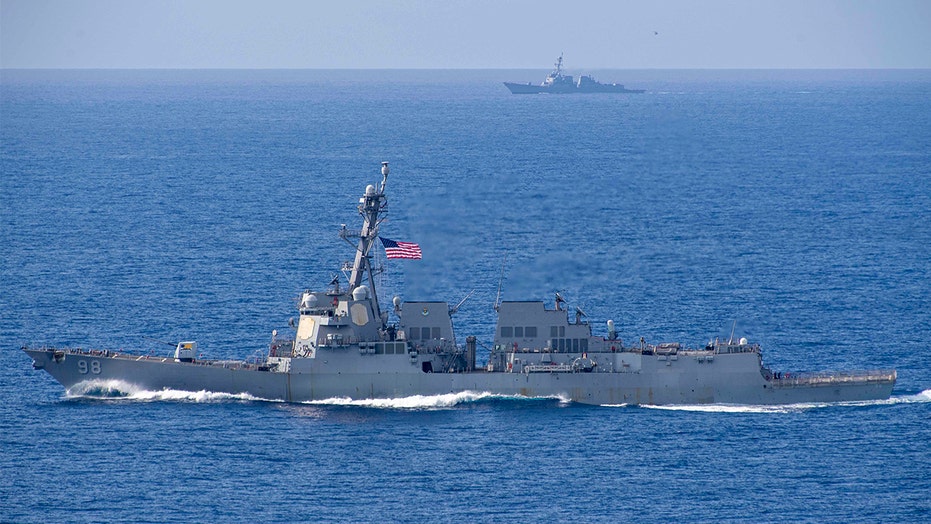 U.S. officials released photos Thursday of the missile parts intercepted by military personnel believed to be from Iran headed to Yemen.

The photos were displayed during an on-the-record briefing with Brian Hook, the U.S. Special Representative for Iran and senior adviser to Secretary of State Mike Pompeo.

On Wednesday, officials told Fox News a U.S. Navy warship intercepted a “significant cache” of alleged Iranian missile parts that were on their way to stock the Houthi rebels in Yemen.

This is the first time such high-level missile components have been seized en route to the four-year civil war in Yemen, officials said. The U.S. has repeatedly accused Iran of smuggling arms to the rebels, who are battling the Yemeni government. Saudi Arabia, backed by U.S. arms sales, has intervened in the war to counter Iranian influence in the region.

A small Navy boat and a Coast Guard boarding team seized the weapons last Wednesday in the northern Arabian Sea.

The civil war in Yemen is seen by many as a proxy conflict between Iran and Saudi Arabia. In light of the violence, 20 million people have been rendered food-insecure, with half of those suffering extreme levels of hunger, according to a United Nations report from February.