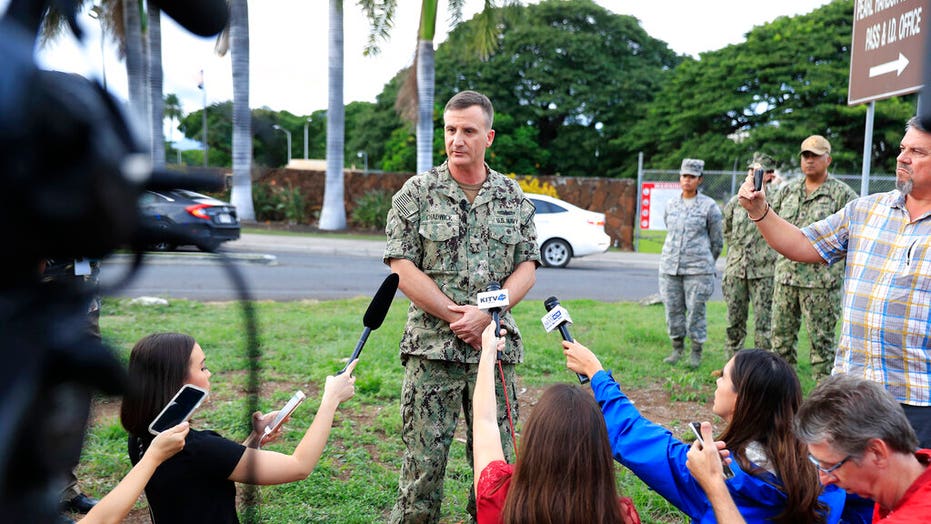 New details have emerged about the sailor who fatally shot two people and injured a third before turning a pistol on himself at Pearl Harbor Naval Shipyard on Wednesday, just days before veterans observe the 78th anniversary of the infamous Japanese attack that catapulted the country into World War II.

The shooter was identified Thursday as 22-year-old G. Romero, a military official told the Associated Press.

An updated official U.S. Navy incident report obtained Thursday by Fox News describes the shooter as a 22-year-old male active duty sailor assigned to the fast-attack submarine USS Columbia. Neither the gunman nor the victims have been officially identified yet.

The shooter “opened fire on shipyard personnel with his M4 service rifle and then turned his M9 service pistol on himself,” the report says.

An earlier, preliminary report viewed by Fox News said authorities found the gunman “deceased at the scene with self-inflicted [gunshot] wound to the head.”

Tara Kapoi told The Associated Press that her 30-year-old husband, Vincent Kapoi Jr., was one of those killed. She said he worked at the shipyard and grew up in Waianae, a town on the west side of Oahu.

“We don’t know what happened," she said Thursday, asking for privacy.

All three victims were civilian Department of Defense employees. The wounded victim was in critical condition, the report said, though that person’s injuries weren’t specified.

No clear motive has emerged in the aftermath of the attack and it’s not clear if the shooter and victims had any prior relationship or even knew each other.

"We have no indication yet whether they were targeted or if it was a random shooting," said Rear Adm. Robert Chadwick, the commander of Navy Region Hawaii.

The shooter was likely standing watch near the quarterdeck, the entry point to the submarine from the pier, when he opened fire. In port, a sub will typically employ a roving watch for security using a young enlisted sailor, as well as a petty officer of the watch and an officer of the deck on the quarterdeck to check ID cards of crew members and visitors attempting to board and disembark.

The base was locked down around 2:30 p.m. local time Wednesday after initial reports of gunshots and reopened about 90 minutes later.

Hawaii Gov. David Ige said the White House has offered assistance to federal agencies and that the state is also ready to help if needed.

"I join in solidarity with the people of Hawaii as we express our heartbreak over this tragedy and concern for those affected by the shooting," he said in a statement.