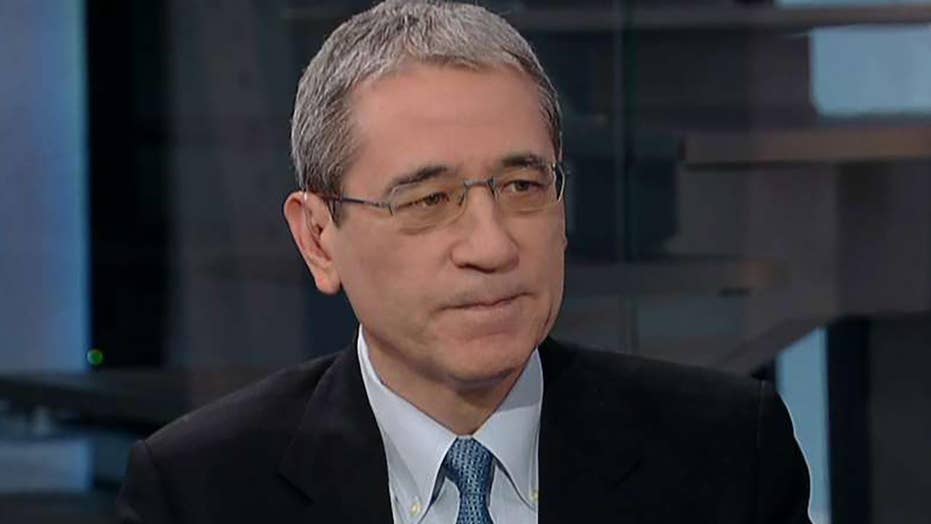 They entered the North Korean embassy in Madrid, Spain last February, and grabbed computers, thumb drives and a cell phone that they then handed over to the FBI, investigators said.

But instead of thanking them, the Justice Department is charging the pair.

The two dissidents, 37-year-old U.S. Marine Christopher Ahn and noted human rights activist Adrian Hong, are members of the North Korean resistance group Free Joseon, or "Free North Korea." They are calling for the downfall of Kim Jong Un's regime and consider themselves the "Provisional government of Free Joseon." But now, the U.S. is seeking to extradite the two to face charges in Madrid.

"We shouldn't extradite these people to Spain," says Gordon Chang, the noted Asian analyst and author of the new book, "Losing South Korea."

"The Spanish should never have asked for extradition in the first place, because these 'crimes,' quote un-quote, are actually political."

The group has been fighting the regime, and has helped some high-level North Koreans defect, including the son of Kim’s half-brother Kim Jong Nam, whose assassination with VX nerve gas in 2017 at the Kuala Lumpur airport was blamed on the regime.

Fox News obtained video purporting to show an activist removing the official portraits of Kim Jong Un and his father, Kim Jong Il, from the embassy wall. The activist then smashed the portraits on the floor, breaking the glass into pieces as it hit. That would be an unthinkable act in North Korea.

"What they have done is really God's work, over a long period of time," says Chang. "This group has been able to do some very important things that governments have not wanted to do and have not been able to do. And also we know that the group took thumb drives out of the North Korean embassy in Madrid, they gave them to the FBI and this is important because North Korean embassies are really centers of crime. North Korea raises money through criminal activities, which are centered on the embassies. I am sure that we found a lot of information about how North Korea launders money through Europe, because of the information this group gave to federal authorities."

Christopher Ahn served in Fallujah, Iraq, and Hong is the co-founder of the group Liberty In North Korea, and has been recognized for his humanitarian work by then-President Obama, whom he visited at the White House.

Ahn served as a Marine in Fallujah, Iraq. (Provisional Government of Free Joseon)

The criminal complaint from Spanish authorities says that a group of about ten people, led by Hong, entered the embassy on February 2, and attacked "all the personnel that were in the diplomatic mission, until they managed to reduce them and place shackles and ties on them to immobilize them, and put bags on their heads."

It claims that the embassy personnel were beaten and threatened "with iron bars and what appeared as firearms," but that the chief North Korean diplomat "told them that he would not betray his country and would not defect."

Hong was recognized by the Obama White House for his humanitarian work. (Hong family)

But Hong's lawyer, Lee Wolosky, brands the claims that the group broke in and threatened violence as total nonsense. He says that the embassy's video security cameras clearly show members calmly entering the building.

"We do not believe it is appropriate for the Department of Justice to execute warrants based on North Korean criminal complaints and the highly unreliable accounts of North Korean government witnesses. The North Korean witnesses who spent hours inside the embassy with representatives of the Provisional Government have an obvious incentive to lie and to maintain that they were subjected to extreme coercion," he said in a statement to Fox News.

Gordon Chang said the U.S. government should not prosecute the activists based on what he says are questionable claims from Kim Jong Un's diplomats. While he says that there is disagreement over what transpired in the embassy, “we do know that this group was trying to do some very important things that help the West, including Spain."

Fox News viewed one video from a security camera inside an embassy conference room that purportedly shows a North Korean diplomat meeting with "Free North Korea" members, and they are seen calmly talking and laughing.

"As we have maintained from the beginning, Free Joseon was invited to enter the Embassy, and there was no 'attack' or forced entry. The North Korean accounts are now contradicted by the CCTV images released by the Spanish authorities and the other evidence that we understand has now been provided to Fox News,” said Wolosky in his statement.

"They were probably invited in, this was probably an inside job," said Gordon Chang. "Someone on the inside was going to defect. The reporting is that this was a botched attempt to get one of those senior North Korean diplomats to defect."

Ahn and other activists have called for the downfall of Kim Jong Un's regime. (Provisional Government of Free Joseon)

Chang says that if it got out to Pyongyang that the activists were actually allowed into the embassy by Kim's diplomatic staff and remained there talking for several hours, "these people would be executed, after being tortured."

"North Korea has a problem in Europe. They've had some senior diplomats defect recently, and so Pyongyang has been nervous about this network for quite some time."

As for the activists' work, Chang says "it does give hope to the people of North Korea that they can have a better way of life."