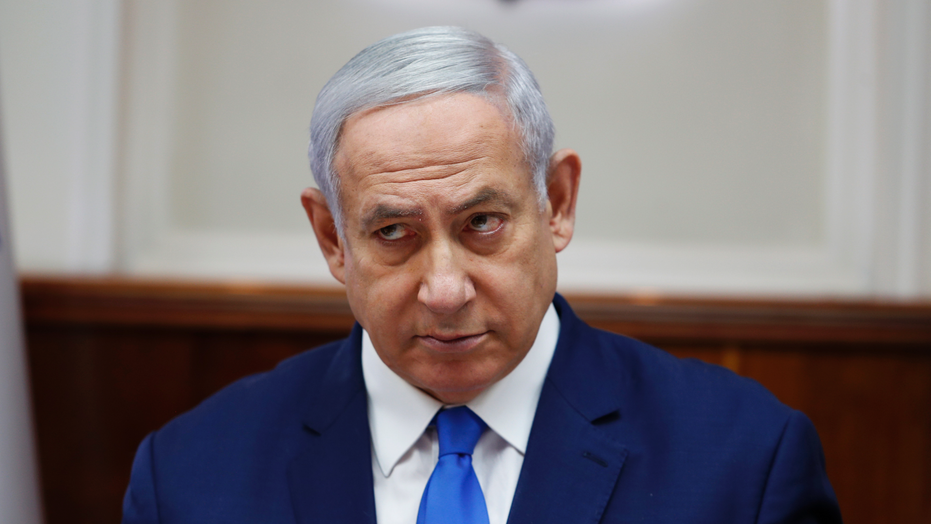 U.S. officials said Israel was responsible for the bombing of an Iranian weapons depot in Iraq last month, airstrikes which would mark a significant escalation in the campaign against Tehran's military entrenchment across the Middle East.

Israeli Prime Minister Benjamin Netanyahu recently indicated that his country was behind the airstrikes that have hit bases and a munitions depot belonging to Iran-backed paramilitary forces operating in Iraq.

In this Monday, Aug. 12, 2019 file photo, plumes of smoke rise after an explosion at a military base southwest of Baghdad, Iraq. A fact-finding committee appointed by the Iraqi government to investigate a massive munitions depot explosion near the capital Baghdad has concluded that the blast was the result of a drone strike.  (AP Photo/Loay Hameed, File)

American officials said Israel carried out an attack on an Iranian weapons depot that killed two Iranian military commanders, according to the Associated Press.

There have been at least three explosions at Iraqi Shia militia bases in the past month. American officials now confirm Israel was responsible for at least one of them.

The confirmation follows the weeks-long speculation that Israel was behind the attack. Netanyahu told a Russian-language outlet Thursday that the speculation is correct.

“I don’t give Iran immunity anywhere,” the Israeli leader said, adding that the Iranians are trying to establish bases “against us everywhere,” including Syria, Lebanon, Yemen and Iraq.

“We act in many arenas against a country that desires to annihilate us,” he said in response whether Israel operates in Iraq. “Of course I gave the security forces a free hand and the instruction to do what is needed to thwart these plans of Iran.”

Nouri al-Maliki, the former Iraqi premier, who was in power for 8 years and now heads a Shia bloc in parliament, released a statement on Friday slamming Israel for the attack and warned that if it continues to target Iraq, the country “will transform into a battle arena that drags in multiple countries, including Iran.”

The July 19 attack struck a militia base in Amirli, in Iraq’s northern Salaheddin province, causing a huge explosion and fire.

The base reportedly housed advisers for the Iranian-backed Lebanese Hezbollah group. Iranian media reported a funeral for a “shrine defender” named Abolfazl Sarabian on the next day, which typically denotes someone fighting in Iraq and Syria.