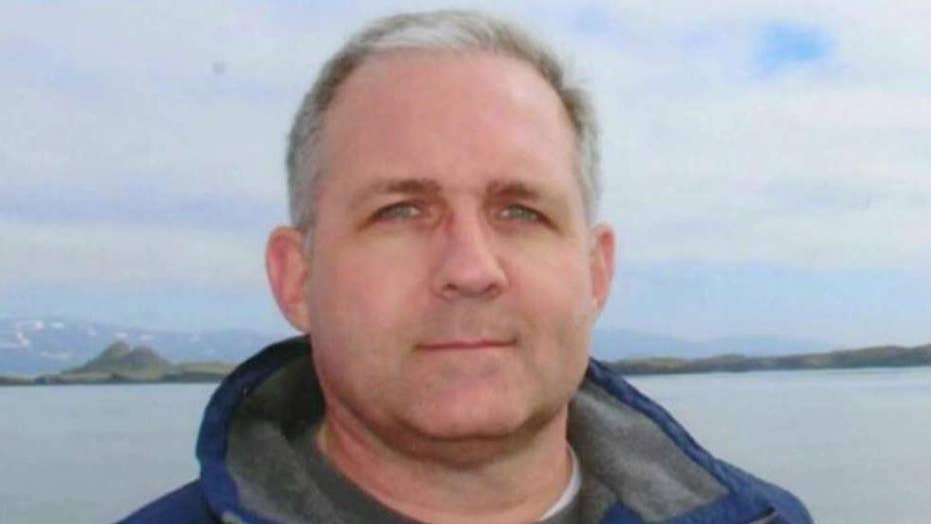 Family members of American arrested in Russia on spy charges fear for his safety, claim he is innocent

The State Department is pushing for access to Paul Whelan, a U.S. veteran arrested in Russia on espionage charges; David Spunt reports.

Russia’s domestic security agency said Monday that it arrested a U.S. citizen on espionage charges, and a prominent Kremlin critic is claiming the arrest happened because Russian President Vladimir Putin wants a hostage.

The Federal Security Service, or FSB, the top KGB successor agency, said Paul Whelan was detained in Moscow on Friday. The agency said in Monday’s statement that he was caught “during an espionage operation.”

Spying charges carry a prison sentence of up to 20 years in Russia.

The FSB, which conducts domestic intelligence and counterintelligence, was spun-off from the infamous KGB after the collapse of the Soviet Union. Former KGB agent, Putin, ran the FSB before ascending to the presidency.

Of all the agencies, the FSB looms largest in Russians’ minds because it hunts domestic threats. In October, a man entered a local branch of the FSB intelligence agency in Arkhangelsk and detonated an improvised explosive device, killing the man and injuring three FSB officers.

The arrest comes as Russia-U.S. ties have sunk to post-Cold War lows over the Ukrainian crisis, the war in Syria and the allegations of Russian meddling in the 2016 U.S. presidential election.

“The service wouldn’t have made this information public unless it had solid evidence,” he told the RIA Novosti news agency.

The U.S. State Department said it was “aware of the detention of a U.S. citizen by Russian authorities” and had received formal notification from the Russian Foreign Ministry. It said it was pushing for consular access to the detained American.

“Russia’s obligations under the Vienna Convention require them to provide consular access. We have requested this access and expect Russian authorities to provide it,” the department said.

The State Department did not confirm the name of the detained citizen or provide any information about the case, citing “privacy considerations.”

The U.S. Embassy in Moscow had no comment Monday.