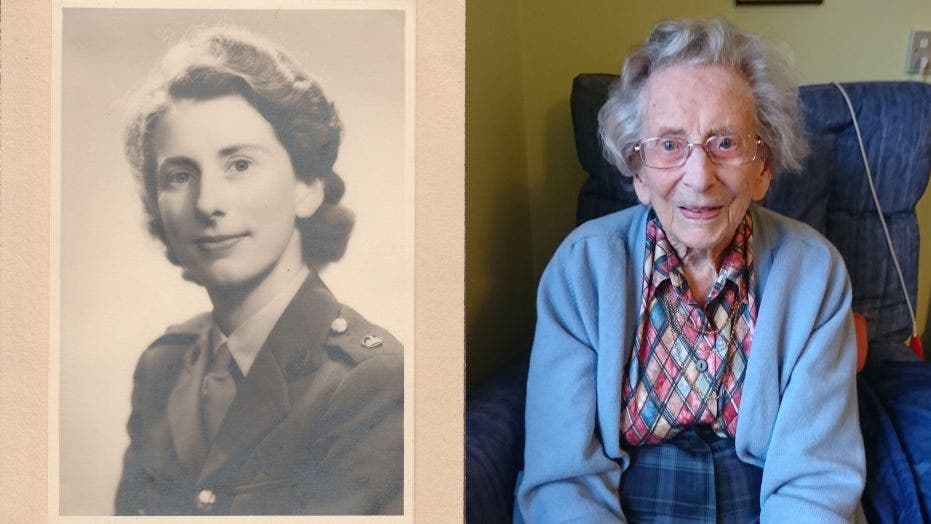 Anne Robson, who was believed to be the oldest living female World War II veteran, has died at 108 in Scotland.

Robson lived through radical changes leading up to the turn of the millennia: women’s suffrage, two world wars, 20 prime ministers, four monarchs, a man landing on the moon and the technological revolution, not two mention four personalized birthday cards from the queen.

Born Gladys Anne Logan MacWatt on Sept. 14, 1911, the centenarian was training as a physiotherapist in 1933 before becoming a teacher later that year, according to the Women's Royal Army Corps Association (WRAC).

Robson was teaching when World War II broke out. She quickly decided to join the women’s branch of the British Army, the Auxiliary Territorial Service (ATS), in 1942.

Robson first served as a physical training instructor and later rose to the rank of Senior Commander as Assistant Inspector in ATS Physical Training. She remained in the British army until the end of the war.

“Things advanced very rapidly after the war. Young people were very sheltered before but after the war girls wanted freedom to travel,” Robson told the Edinburgh Evening News in 2018.

"War hastened women’s freedom," she said. “I’m past traveling. I can’t read anymore and can’t listen to music -- it’s a great handicap. I shall have to be content with being helped a great deal -- which I don’t like but I accept.”

Robson is said to have fondly remembered Victory in Europe Day, when the Allies formally accepted Nazi Germany’s unconditional surrender on May 8, 1945. She “had a naughty twinkle in her eye” when recalling the celebrations that day.

Robson remained in the service for two years after the war ended and became a senior lecturer at Avery Hill College of Education in London. She married primary school headmaster Jack Robson in 1953 and the couple moved to Newcastle, where Robson accepted a position as the deputy head at a secondary school.

She returned to her native home of Scotland after her husband passed away in 1972 and lived in St. Andrews for years, serving as a Justice of the Peace, before moving to residential care in Edinburgh.

"As the oldest resident of the care home, Anne used to take to the stage at Christmas and give a speech over dinner," the WRAC Association said.

Robson was described as a reserved and very “gentle woman,” but also “fiercely independent” with a “naughty sense of humor."

The oldest living WWII veteran in America is considered to be 110-year-old Lawrence Brooks, who lives in Louisiana. Brooks, who is black, served in the Army from 1940 to 1945 and was a servant to three white officers. He achieved the rank of Private First Class during the war.