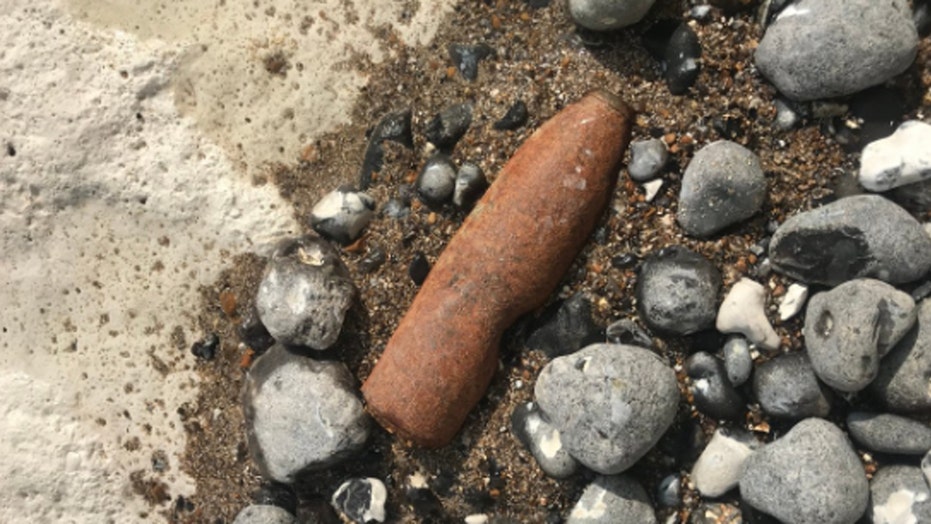 A popular British beach area was evacuated Monday after an unexploded shell was reportedly found just offshore from a lighthouse.

The device was discovered at Beachy Head in East Sussex, England. The area is known for the high chalk sea cliff that rises to 531 feet above sea level.

The Martime and Coastguard Agency said on Twitter that coast guard officials are asking people to "keep a safe distance" after the unexploded shell was discovered Sunday.

"A cordon is set up and EOD (Explosive Ordnance Disposal) team are on scene and planning a controlled explosion at low tide later this evening," the agency said.

The shell was found in the waters below the Belle Tout lighthouse, the Eastbourne Herald reported.

In the meantime, police evacuated the beach and cordoned off the scene to keep visitors away, according to The Express.

It wasn't clear how old the shell may be, however, unexploded shells and bombs from World War II are often discovered throughout Britain and surrounding nations.

Additional details have yet to be released by authorities.