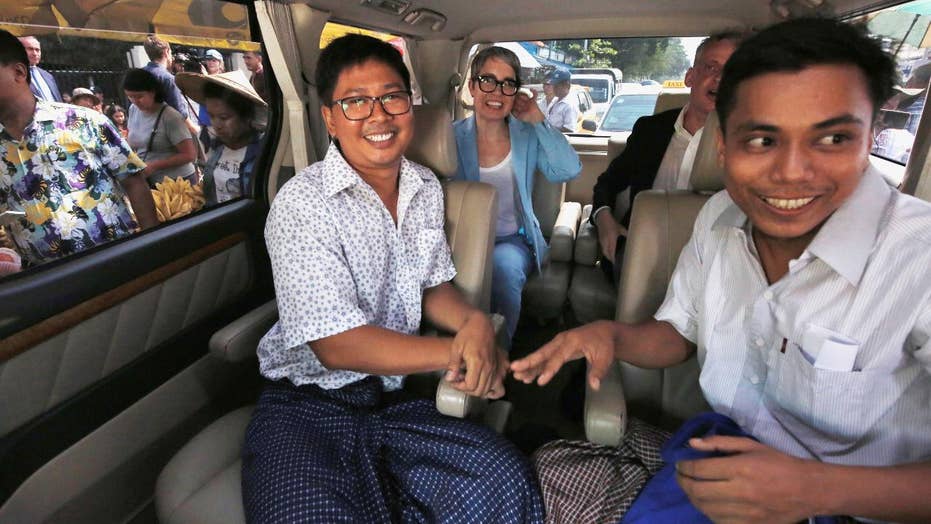 GENEVA – The U.N. human rights office is praising the release of Reuters journalists Wa Lone and Kyaw Soe Oo from prison in Myanmar, but says a "very dire situation" remains for freedom of expression in the Asian country.

Rights office spokeswoman Ravina Shamdasani hailed "good news" but insisted that the two Pulitzer Prize-winning journalists "should never have been convicted in the first place."

The journalists were pardoned and released on Tuesday. They had been convicted of violating Myanmar's Official Secrets Act over reporting on security forces' abuses of Rohingya Muslims.

Shamdasani cited a rights office report in September, after the convictions, that laid out "very constructive recommendations" to Myanmar's government to improve freedom of expression.

She said there has been "no positive progress" in relation to those recommendations.