US tensions with Iran put the Middle East on high alert

The United Kingdom has increased the threat level for its forces and diplomats in Iraq due to the threat from Iran.

The move comes a day after all non-essential American personnel were ordered to leave the Iraq Embassy and consulate amid claims that Iran-backed militias moved missiles near bases housing U.S. forces.

The U.K. also put its personnel in Saudi Arabia, Kuwait and Qatar on a heightened state of alert, according to Sky News, with a source telling the network that there’s an increased possibility of Iran or its proxies taking action against British, U.S. or other allied interests in the Middle East.

Britain appears to have drawn similar conclusions to the U.S. amid the increasing tensions between the Trump administration and the Iranian regime, even though a British general took an unusual step to disregard the Iranian threat on Monday. 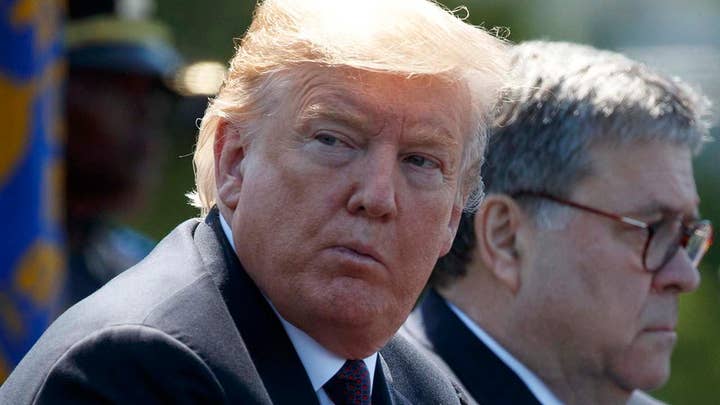 Earlier this week, Maj Gen Chris Ghika, the deputy commander of Operation Inherent Resolve, the U.S.-led force combatting Islamic State in Syria and Iraq, told reporters: “No, there's been no increased threat from Iranian-backed forces in Iraq and Syria”.

The targets of possible action by Iran or its proxies are likely to be oil infrastructure or other civilian targets, Sky News reported. The attacks are expected to be done in a way that the Iranian regime could plausibly deny it in an effort to avoid retaliation from Western forces.

Iran has recently threatened to pull out of the nuclear deal and resume higher uranium enrichment if no new deal is put in place, while Secretary of State Mike Pompeo told the Iraqi top brass that U.S. intelligence showed Iran-backed militias moved missiles near bases housing American forces.

Iran’s foreign minister Mohammad Zarif on Thursday deemed new sanctions imposed by the Trump administration as “unacceptable” but noted that the country is committed to the nuclear deal.

“We believe that escalation by the United States is unacceptable and uncalled for. We have exercised maximum restraints,” he said during a visit in Japan.

“We believe that escalation by the United States is unacceptable and uncalled for. We have exercised maximum restraints.”

The claim that hostile militia forces are positioning the rockets near bases housing American troops, provides insight into the threats the U.S. faces in the Middle East in the wake of rising tensions between the Trump administration and the Iranian regime.

American military experts have suggested “Iran or its proxies” damaged four commercial ships off the coast of the United Arab Emirates (UAE) Sunday. Saudi Arabia, meanwhile, accused Tehran of ordering “the terrorist acts” against their oil pipeline, a drone attack that was claimed by Yemen’s Iran-allied Houthi rebels.