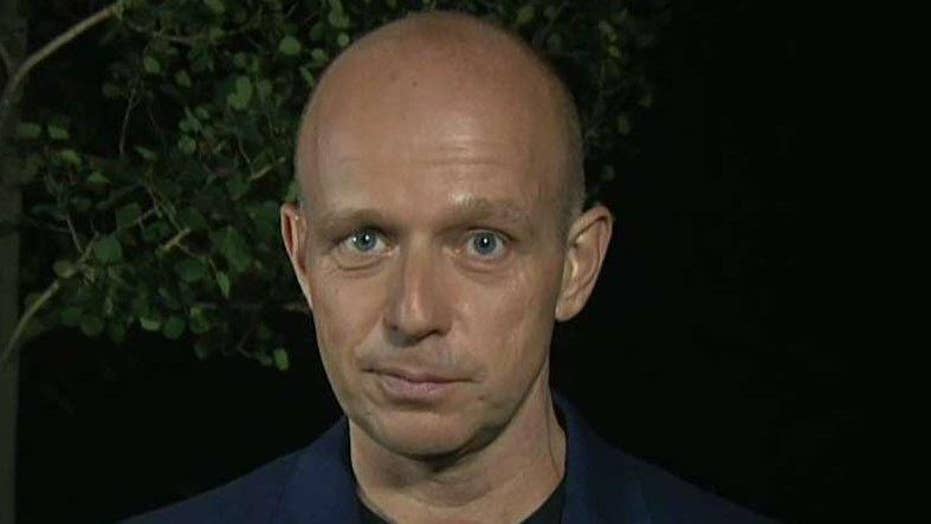 Steve Hilton on political uncertainty in the UK

When Theresa May made her shock announcement on 18 April calling a General Election, she said it was "to make a success of Brexit".

That task looks much harder now, even if the stunning exit poll underestimates Conservative support and she scrapes home with a slim majority.

A hung parliament of the kind produced by the 2010 election must surely throw the Prime Minister's preferred Brexit timetable into doubt.

First, a government may not be in place by 19 June, when detailed negotiations with Brussels' chief negotiator Michel Barnier are due to begin.

And if there is to be another General Election later this year or early next year, the whole two-year plan for Brexit could be wrecked.

Justifying her decision to call a "Brexit election", the PM said back in April: "The country is coming together, but Westminster is not."

And accusing the Opposition parties of "political game playing", she said: "Division in Westminster will risk our ability to make a success of Brexit and it will cause damaging uncertainty and instability to the country."

Well, if the exit poll is anywhere near correct, Westminster is going to be more divided than it was before Mrs May took her gamble.

In the palaces and chancelleries of Europe - not to mention in Brussels - the presidents, prime ministers and European Commission bureaucrats will no doubt be chortling with uncontrolled glee at the humiliation that Mrs May could be heading for.

Throughout the election campaign, the PM has repeated over and over again that Brexit negotiations begin just 11 days after the General Election.

In her final rally of the campaign, in Birmingham on Wednesday, she said it again and claimed once more that only she could offer the "strong and stable leadership to get the best deal in Europe".

The other Brexit slogan she kept repeating during the campaign was that "no deal is better than a bad deal".

With the benefit of hindsight, she perhaps should have been careful what she wished for.