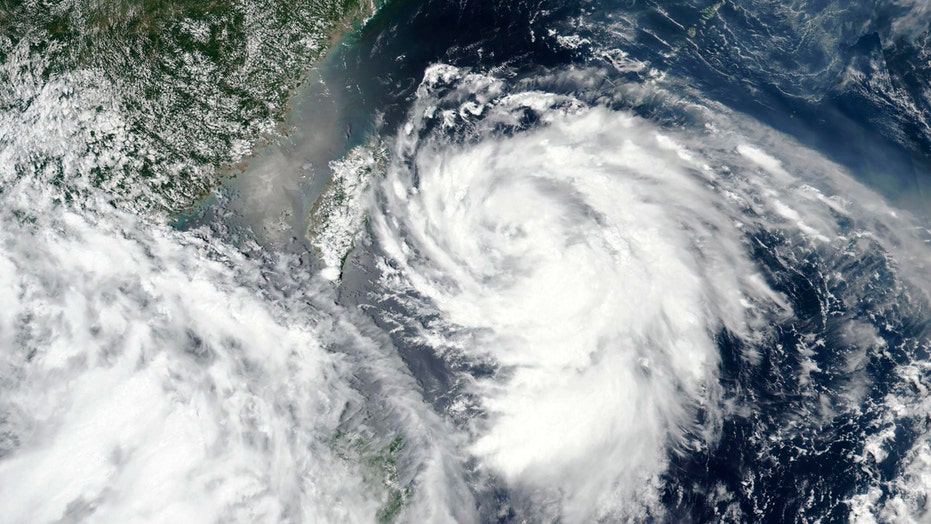 BEIJING – Vulnerable coastal areas were being evacuated and fishing boats recalled to port before a typhoon was expected to bring heavy rains to eastern China late Monday as much of the country is still recovering from unusually heavy summer flooding.

China’s National Meteorological Center said Hagupit is expected to come ashore between Zhejiang and Fujian provinces. Shanghai is expected to feel the effects.

Ferry services and some trains have been suspended and 4,481 passengers were taken off boats in waters off the Zhejiang coastal cities of Wenzhou and Tanzhou.

Vulnerable coastal areas of eastern China are being evacuated in anticipation of Typhoon Hagupit making landfall late Monday, Aug. 3, 2020, bringing gales and heavy rainfall at a time when much of the country is still recovering from unusually summer heavy flooding. (NASA Worldview, Earth Observing System Data and Information System (EOSDIS) via AP)

In Fujian, coastal fisheries were evacuated, tourist spots were closed and construction sites ordered to suspend operations. Fishing boats were ordered to avoid seas expected to be impacted by the typhoon.

This year's typhoon season has been relatively mild in China, although flooding since June along its major river systems has caused scores of deaths, forced around 2 million people to be evacuated and caused more than 49 billion yuan ($7 billion) in damage.