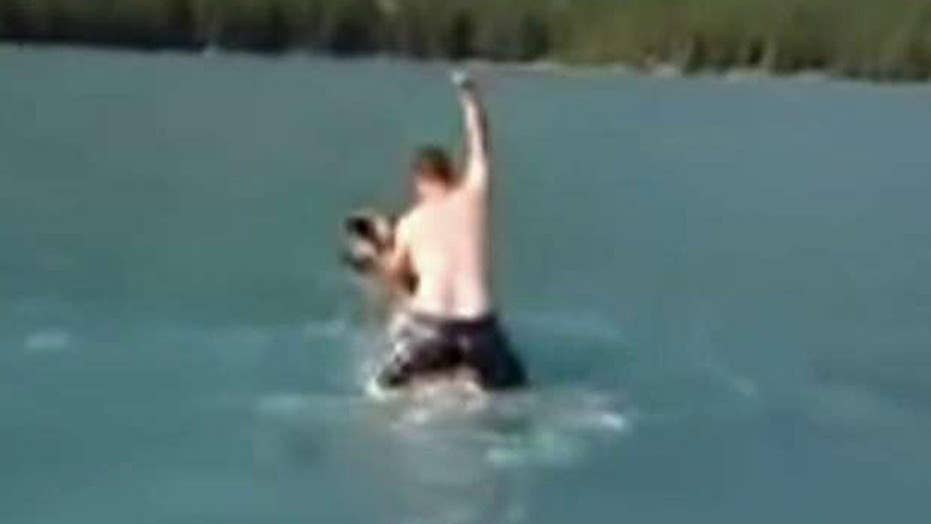 Two people were charged Tuesday in connection with a video that surfaced a year ago showing a man jumping on the back of a swimming moose in a Canadian lake.

Jaysun Pinkerton and Bradley Crook were charged under British Columbia’s Wildlife Act, the Toronto Star reported. Each man faces a possible fine of up to $100,000 and up to a year in jail if convicted.

The moose let out what sounded like a groan when a man landed on its back. He hung on while the animal crossed a lake in the Northern Rocky Mountains Provincial Park.

Many people in the hunting community condemned the video, which has racked up nearly 2 million views.

“It was very disturbing to see the stress level of the moose, with the males laughing and enjoying themselves,” Andrew Riddell, an investigator told the paper.

The Wildlife Act reportedly prohibits hunters from targeting animals that are swimming -- because officials consider it an unfair fight.

Hunter Steve Wolfe told the newspaper he sent a copy of the video to investigators for possible charges because he was so upset at what he saw.

“I looked for tell-tale signs of it being fake, but the more I watched it after downloading it I was disgusted... One of the core principles in the teachings of hunting is respect for the animal and the habitat.”