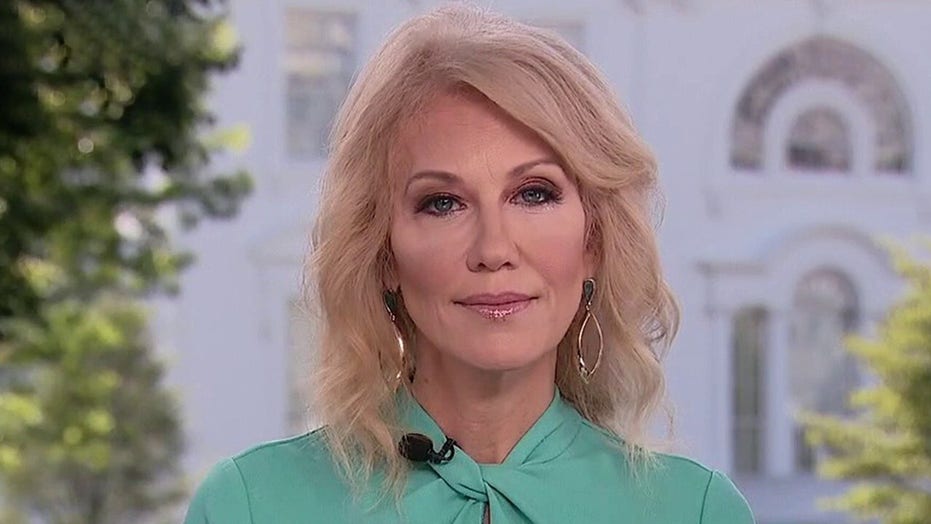 Twitter defended its decision to flag President Trump's tweet about violent demonstrations but not Iran's calls for violence against Israel, suggesting to Israeli's legislature on Wednesday that the latter fell under its protections for "commentary on political issues of the day."

The exchange occurred during a Knesset hearing on antisemitism in social media. Human rights attorney Arsen Ostrovsky asked Twitter's Ylwa Pettersson: "You have recently started flagging the tweets of President Trump. Why have you not flagged the tweets of Iran's Ayatollah Khameini, who has literally called for the genocide of Israel and the Jewish people?"

Pettersson responded: "We have an approach to world leaders that presently say that direct interactions with fellow public figures, comments on political issues of the day, or foreign policy sabre-rattling on military, economic issues are generally not in violation --"

DONALD TRUMP JR. BASHES TWITTER OVER SUSPENSION: 'THIS NEVER HAPPENS TO ... THE LEFT. IT ONLY HURTS CONSERVATIVES'

"So, calling for genocide is okay, but commenting on politics is not?" she asked.

Cotler-Wunsh responded: "I think that what's come up again and again through different examples is actually a sense of double standards, and I would implore Twitter and other online platforms to ensure ... that there is no double standard in the application."

Wednesday's meeting came as Twitter faced intense pushback in the United States for suspending the account of Donald Trump Jr., the president's son, after he tweeted a video promoting hydroxychloroquine as a treatment for the coronavirus. That was just the latest incident to provoke conservative accusations that the social media giant harbored bias towards conservatives.

And on Thursday, the U.S. Congress held a meeting with tech leaders from Facebook, Google, Amazon, and Apple raising that very concern. In May, Trump faced intense backlash and Twitter placed a notice on his post about violence occurring during George Floyd demonstrations.

Khameini, whose nation has been labeled a state sponsor of terrorism, had tweeted just nine days prior that Iran "will support and assist any nation or any group anywhere who opposes and fights the Zionist regime."

In a series of follow-up tweets, he compared Israel's government to the coronavirus, called it a "deadly, cancerous growth," touted as "jihad" the "struggle to free #Palestine," and praised the terrorist groups Hamas and Hezbollah. "One cannot communicate with a savage enemy except by force &brave people of Palestine are set to gain this power," he said in another tweet. As of writing this article, none of those tweets include the type of notice placed on Trump's tweet.

Secretary of State Mike Pompeo responded to Khameini's tweets by accusing Iran of "echoing Hitler's call for genocide" and denouncing his remarks as "anti-Semitic."

It's unclear how Khameini's tweets didn't promote violence, but Trump's did. When contacted by Fox News, Twitter reiterated Pettersson's defense --  "sabre-rattling" and "economic or military issues." It clarified: "We focus on the language of reported Tweets and do not attempt to determine all potential interpretations of the content or its intent."

Both Trump and Khameini issued statements denying any malintent with their tweets. Specifically, Khameini tweeted that he wanted to eliminate Israel's "Zionist regime," not "massacre" the Jewish people. Trump indicated his tweet was merely stating "fact" rather than promoting violence. "It was spoken as a fact, not as a statement," he said.

Pettersson indicated during Wednesday's hearing that intent was crucial to determining whether it should censor Holocaust denial content. Emily Schrader, a research fellow with the Tel Aviv institute, had pressed Pettersson on whether the company allowed Holocaust denial if it wasn't conveyed as a form of "targeted harrassment" towards an individual.

Twitter's hateful conduct policy applies to a wide array of behaviors, including "non-consensual slurs, epithets, racist and sexist tropes, or other content that degrades someone."  Under that category, Twitter lists "targeted misgendering or deadnaming of transgender individuals."

Arsen Ostrovsky blasted the social media giant for what he called "blatant hypocrisy."

"She literally looked us in the face and said that the Iranian leader's call for genocide against Israel and Jews was an acceptable form of political discourse," Ostrovsky told the Washington Free Beacon. "Twitter cannot, on the one hand, say it is committed to tackling hate and violence when it continues to provide an unfiltered platform to the Iranian leader to continue espousing calls for genocide and terror."