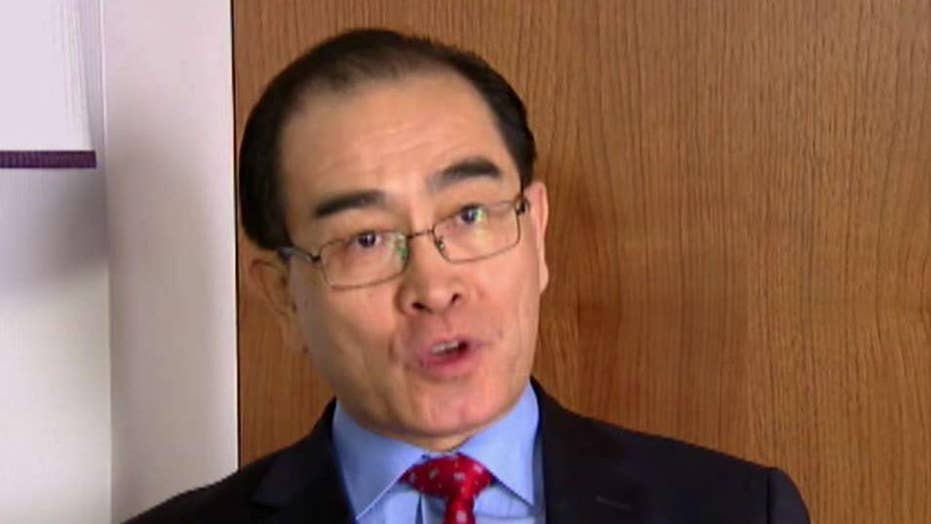 SEOUL – He is one of the highest-ranking defectors from North Korea. In 2016, career diplomat for Pyongyang, Thae Yong-ho, left the No. 2 position at North Korea’s London embassy.

He defected to South Korea with his wife and two children. He said he could not return to his former homeland where people are forced to live like “modern slaves.”  He branded North Korean leader Kim Jong Un “merciless.”

Still he does not live in the horrible past. Now in Seoul, amid constant armed guard and assassination threats, he watches closely, with professional prowess, what is happening with North Korea.

And that includes the just-wrapped Hanoi summit. The meeting involving President Trump and Kim broke up when the North demanded billions of dollars in sanction relief in return for the closing of just one nuclear facility.

Thae credits the UN-backed measures against North Korea as the “main reason” regime has held back on its nuclear and missile testing. 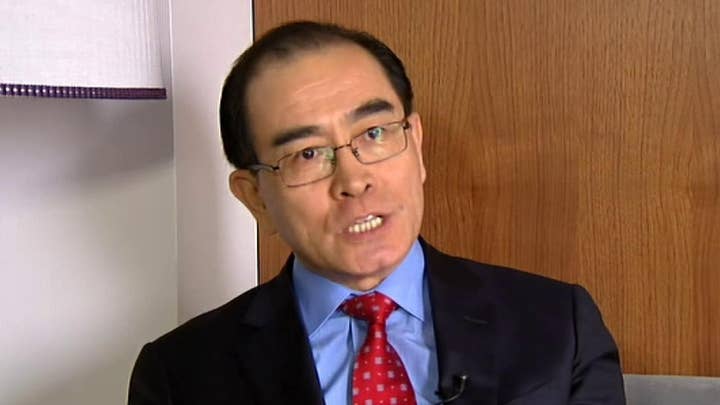 The former Pyongyang diplomat also believes the president caught the North Korean side by surprise in the Hanoi meeting when he noted other previously secret nuclear sites that the U.S. wanted dismantled.

“President Trump actually touched a kind of ‘fireball,’” Thae said, “(the existence of the facilities) is a very sensitive issue between America and North Korea.”

Thae actually called the first summit involving President Trump and Kim Jung Un in Singapore last June, which has been criticized for including overly broad declarations, “a great failure.”

But, he said, after hearing the tougher talk coming from the Trump side in Hanoi, “I have a little bit…of belief that maybe President Trump could make the very right decisions and directions.”

Still, this long-time North Korean diplomat has no illusions about Kim.  He has said he is only interested in his self-preservation. He told us he would “purge” his staffs just to stay in power.  And because of that, the nukes will remain.

“Nuclear weapons are the last resort which Kim Jong Un can rely on to continue his control of North Korea,” Thae said.

When asked if Kim would ever give them up Thae replied firmly “Not at all.”

Thae did say he’s positive about North Korea’s future. With more information and changes among the people he contends the current system – and its leader – can’t last. But he said all of that change could take as long as 20 years.

In the meantime, Thae said Kim’s nuclear menace has to be “contained.”