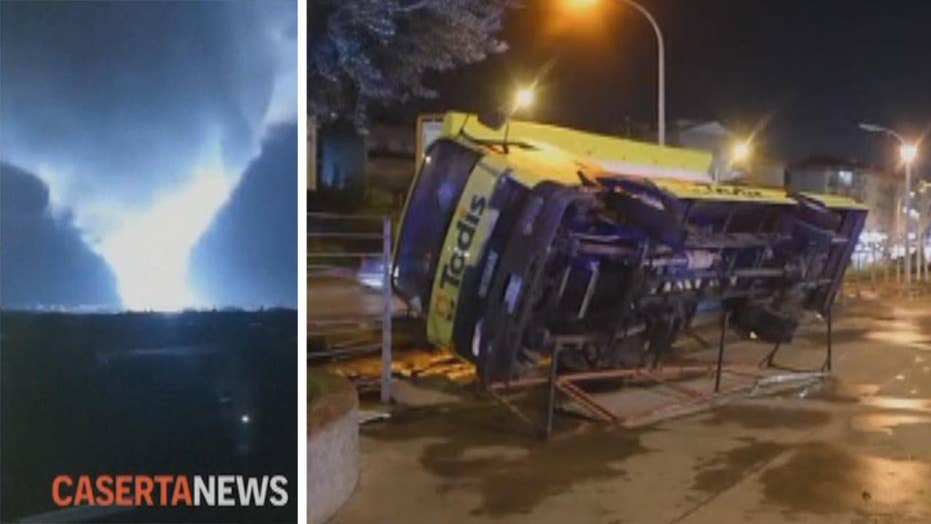 Several people were injured after a strong tornado reportedly ripped through a city in southern Italy on Monday.

The twister caused several shop and street signs to fall into the streets of Caserta, including a Burger King sign that crushed several cars, Castera News reported.

The worst hit areas were the villages of Marcianise, Capodrise and San Nicola la Strada, according to ASNA. All eight people who were injured came from those villages.

A large Burger King sign fell onto cars after a tornado tore through the Italian city of Caserta. (AP)

Several trailers were also overturned by the strong winds, which also demolished the walls of several apartments and caused a truck to flip over.

Tornados are typically seen in Italy during October and November, according to researchers at the University of Wisconsin.

"Along the Adriatic Coast of Italy, the dry air comes from mid-levels over the Sahara Desert and the moist air comes from over the southern Mediterranean Sea," the university researchers said. "When these ingredients are assembled by a strong cyclone in the central Mediterranean, it can produce extreme rains in northeastern Italy and even tornadic activity."