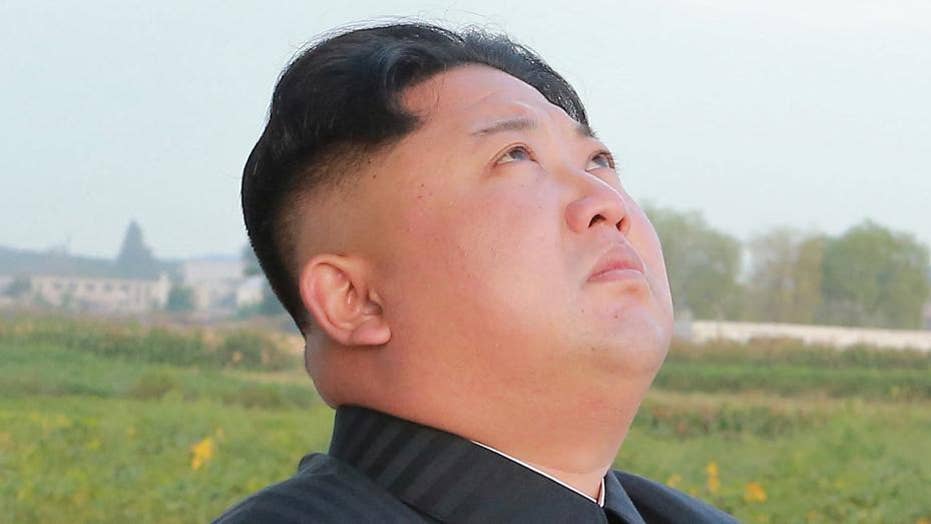 Three North Koreans — a soldier and two others — defected to South Korea this week and the South has fired warning shots at Northern guards searching for its latest defector, according to a report out Wednesday.

A “low-ranking” soldier who defected to the South was spotted in front of a guard post just after 8 a.m. Thursday after crossing through the Demilitarized Zone (DMZ), Yonhap News Agency reported, citing the Joint Chiefs of Staff.

No shots were fired as the soldier moved across country lines, and there was no unusual movement detected coming from North Korea, according to the report.

A "low-ranking" North Korean soldier reportedly defected to South Korea on Thursday, marking the second time in two months a soldier from the North has done so. (REUTERS/Hyungwon Kang)

However, Yonhap reports that South Korean military members fired 20 warning shots at border guards from North Korea who approached the military demarcation line (MDL) looking for the defector around 9:30 a.m.

Several gunshots were heard from the North roughly 40 minutes after South Korea's warning shots, an official told the news agency.

US turns up the heat on North Korea

The soldier’s “intentions” are being investigated.

The pair, according to Yonhap, was discovered in the East Sea by a naval patrol plane and the men expressed their desire to defect from the North.

The defection comes more than a month after another soldier from North Korea — identified by his surname, Oh — was shot five times when he bolted from his guard post toward South Korea on Nov. 13.

Video footage of Oh's defection shows the 24-year-old soldier sprinting for the South as North Korean soldiers begin running after him. He then falls into a pile of leaves against a small wall before being dragged to safety by South Korean troops.

Oh underwent two surgeries at Ajou University Hospital in South Korea, where it was discovered he had an “enormous number” of parasites slithering in his body, including an 11-inch long worm entrenched in his digestive tract.