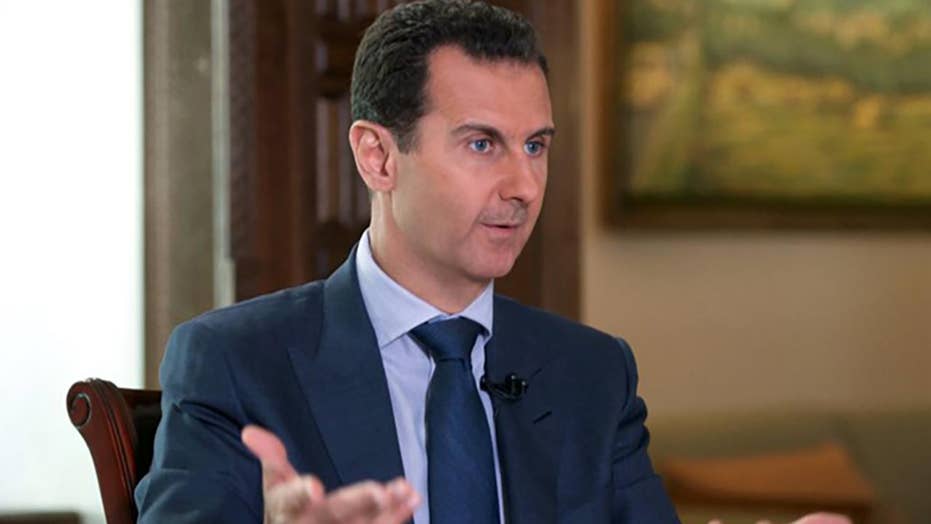 President Bashar al-Assad has approved a gas attack in the Idlib province, which is the country’s last rebel stronghold, a report on Sunday said.

Reports of Assad's approval comes about a week after President Trump warned the strongman and his allies not to “recklessly attack” the province. Trump called any gas attack a potential “grave humanitarian mistake.”

The Wall Street Journal, citing U.S. officials, was first to report on Assad.

U.N. officials believe an offensive on Idlib would trigger a wave of displacement that could uproot an estimated 800,000 people and discourage refugees from returning home. The U.S. and France have warned an Idlib offensive would trigger a humanitarian crisis and warned that a chemical attack in Idlib would prompt a western retaliation.

The Wall Street Journal reported that the international pressure did little to sway Assad, who benefits from support from Russia and Iran. The report said Assad has approved the use of chlorine gas.

For Russia and Iran, both allies of the Syrian government, retaking Idlib is crucial to complete what they see as a military victory in Syria’s civil war after Syrian troops recaptured nearly all other major towns and cities, largely defeating the rebellion against Assad.

Turkish President Recep Tayyip Erdogan on Friday urged his counterparts to accept a cease-fire and avert a “bloodbath” in Idlib. But Russian President Vladimir Putin called for a “total annihilation of terrorists in Syria,” while Iranian President Hassan Rouhani spoke of “cleansing the Idlib region of terrorists.”

“We haven’t said that the U.S. would use the military in response to an offensive,” one senior administration official told the paper. “We have political tools at our disposal, we have economic tools at our disposal. There are a number of different ways we could respond if Assad were to take that reckless, dangerous step.”