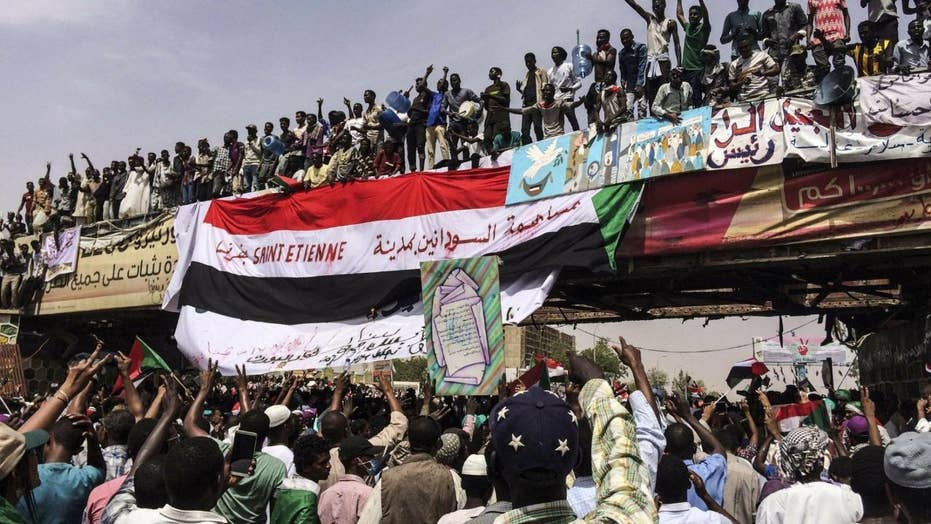 Sudanese security forces went to great lengths to plot and perpetrate mass atrocities against demonstrating civilians, a new report from the U.S-based Physicians for Human Rights (PHR) has concluded.

The investigation, titled “Chaos and Fire” and based on dozens of survivor and eyewitness accounts, as well as clinical evaluations and consultations with locals and open-source materials, has determined that the June 3, 2019, massacre – which claimed the lives of at least 241 people and wounded countless more – came at the behest of the state’s security apparatus. The violence occurred in the al-Qiyada neighborhood of the capital Khartoum, which for some six months at that point had been occupied by anti-government protestors.

OMAR BASHIR: WHAT TO KNOW ABOUT SUDAN'S DICTATOR ACCUSED OF GENOCIDE

In April last year, the pro-democracy demonstrators achieved some success when long-running dictator Omar al-Bashir was ousted by the military. But those forces allegedly tightened their own iron grip on civilians over the ensuing months – leading to the bloody June 3 onslaught.

“The massacre against Sudanese civilians at the hands of government security forces is an egregious violation of human rights,” Phelim Kine, director of research and investigations for PHR, stated. “Security forces’ horrific tactics – sexual violence, including rape, use of tear gas, whips, batons and live ammunition – killed and critically injured hundreds of civilians.”

Sudanese protesters march during a demonstration in the capital Khartoum, Sudan, Thursday, Aug. 1, 2019. Sudanese pro-democracy activists have posted videos on social media showing thousands of people taking to the streets in the capital, Khartoum.  (AP)

Moreover, PHR underscores that government security forces attacked multiple hospitals and clinics on that day, and “prevented patients from accessing care, and restricted the flow of medical supplies and health care workers’ access.”

“This pattern of targeted attacks on health care is a recurring weapon used by Sudanese security forces that violate the obligation and rights of medical personnel to treat those in need,” stressed Dr. Rohini Haar, a PHR medical expert and investigations adviser. “(This) threatens the lives of medical workers, and has a devastating impact on civilians.”

In this Saturday, June 29, 2019, file photo, Sudanese Gen. Abdel-Fattah Burhan, head of the military council, waves to his supporters upon his arrival to attend a military-backed rally in Omdurman district, west of Khartoum, Sudan.  (AP)

Increasingly, healthcare workers have become targets by state actors amid the theater of war.

While government officials often justify such attacks under the guise that medical professionals treat and house “terrorists” protesting against them and subsequently prolong a conflict, human rights activists globally argue that the modus operandi is more often centered on breaking down community structures and rendering civilians caught in the crossfire even more hapless.