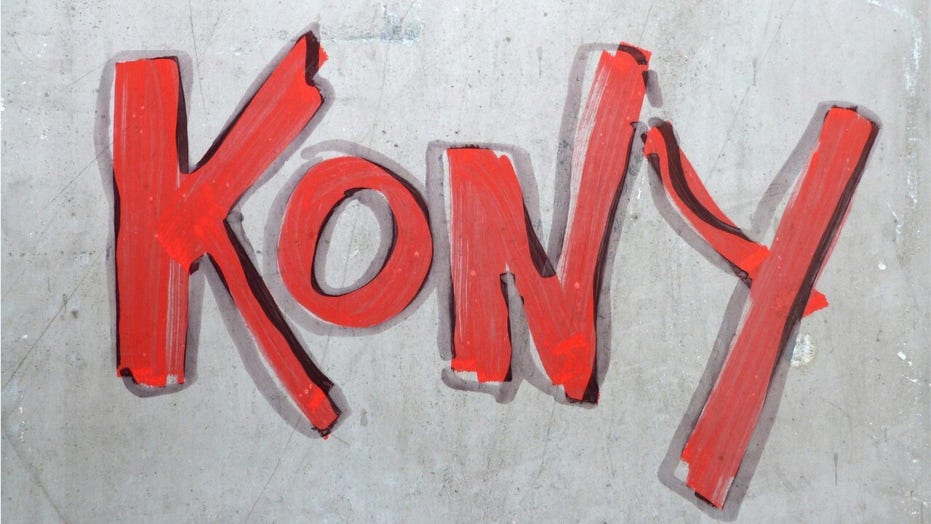 Joseph Kony and his Lord’s Resistance Army rose to fame in 2012 for abducting over 38,00 adults and another 38,000 children, forcing thousands of boys into becoming ‘child soldiers’ and girls held as spoils of war, deemed ‘wives’ or more jarringly, sex slaves. Despite all the global attention, public pressure, and anger, Kony is still a free man operating from within the jungles of Africa.

Victoria Nyanjura was just 14 years old when insurgents, under the umbrella of Joseph Kony's Lord's Resistance Army (LRA), ripped away her innocence.

For eight years, she was brutalized as a sex slave in the jungles of eastern and central Africa at the behest of the Ugandan rebel group – her deeply-held faith a guiding light to survival.

Nyanjura's nightmare began in the dead of night on Oct. 9, 1996, while she was asleep in her Catholic boarding school bed at St. Mary's College Aboke in the Kole district of Northern Uganda. She remembers everything about that night -- the way calm and stillness were shattered by loud screaming and soldiers threatening them with grenades.

"Some girls were already hiding, and from the accents of the men, I could tell something was different," Nyanjura recalled to Fox News. "They were demanding to enter, and we had never heard shouting like this before."

WHERE IS UGANDAN WARLORD JOSEPH KONY?

By morning, 139 girls had been abducted. Sister Rachele Fassera, the school's deputy headmistress, courageously trailed the soldiers into the bushes – refusing to let the terrified girls leave her sight – and pleaded for their release. Only 109 girls were permitted to return with the Italian sister, but 30 of them were handpicked to stay as sex slaves and "wives" for the insurgents.

Nyanjura was one of them.

She was dragged off into the darkness and tied up so that she could not run.

"Late at night, they are owning you. You have no consent. When you are abducted, you have no voice. If you want to live at the end of the day, you must comply," recalled Nyanjura. "There were times when I felt as if I would be better off if I died. I was okay with death."

Under the duress of sexual violence, the teenager gave birth to a son and daughter while in captivity. It was her maternal instincts and her deep faith in God that propelled her through the beatings, the starvation, the constant worry that her life would be taken in the theater of war at any moment. Her forced "husband" was killed in the fighting, intensifying her belief that she was going to survive.

"I was looking at all these other people who had died, and all these people around me who had lost limbs. Even though I was suffering, I never got a direct bullet," Nyanjura continued. "I started to think that God was protecting me, and I started praying and praying once again."

With her existence in constant suspension and always teetering on the fragile threshold between life and death, she stressed to Fox News that she had to look deeper within herself, and hold on to hope as the fighting raged.

"I had to look deeper; I had to continue praying as the war intensified. I had to find food for my hungry children," Nyanjura said. "I believed that one day God would lead me home. Life had become so hard, and I knew I wanted to escape. I just did not know when and where. Everyone around us had guns."

One murky day in 2002 that window materialized.

Nyanjura finally found a chance to escape on foot, running through the thickets and shielding her small children from the heavy rains with her scarf for days that stretched on and on. She did her best to keep them quiet to evade detection.

While the downpour made the journey more arduous, Nyanjura believes that, too, was some form of divine intervention.

"When you walk through the bushes, your footprint can be seen," she said. "But the rains washed it away for us. It was between life and death, and I knew if the LRA followed us, we would be killed or beaten."

But the LRA wasn't the only cause for concern. Nyanjura also had no idea how the government-installed Ugandan soldiers would respond if they found them – her mind plagued with fears that she would be shot at or accused of supporting the LRA in their savage war.

"I just had to let it be," she explained. "And I kept walking in the opposite direction, away from the fighting. You can never find peace if you walk towards the fighting."

In this July 31, 2006 file photo, Joseph Kony, leader of the Lord's Resistance Army, speaks during a meeting with a delegation of 160 officials and lawmakers from northern Uganda. Uganda's military says it has started pulling its forces from Central African Republic, where troops had been pursuing one of Africa's most notorious fugitives, Joseph Kony. (The Associated Press)

Managing to weave through the endless maze of jungle and dust, Nyanjura emerged somewhat unscathed -- it was a feat in many more ways than one. The LRA, which operated on a policy of fear and submission, was notorious for planting landmines on back trails in the quest to dissuade defection.

As the expedition continued, Nyanjura insisted on walking by the roadside where they were fully exposed and vulnerable, rather than concealing herself and her family in the bushes – making peace with the belief that she would be shielded from danger.

Eventually, she made it to the relative safety of a displacement camp, where she was then forced to confront the stigma and the gaping internal wounds of her time under Kony's command that may never fully heal.

KEEPING THE SISTERHOOD FROM EXTINCTION: THE STRUGGLE TO SAVE NUNS IN AMERICA

Baring children to an LRA soldier comes with a myriad of complications and stigmas, which she grappled with inside the camp structure and still, to this day, remains a challenge.

"For so long, I did not want to expose my children to what happened. I tried to protect them because the reality would affect their mind," explained Nyanjura of her son and daughter, who are 17 and 19, respectively. "I have gone through this and accepted it, and they are just beginning to internalize some of these things. I am their mother, and at some point, I know they will be very free."

Five of the 30 Aboke girls died in LRA confinement – often from unfathomable beatings – and the last surviving abductee, Catherine Ajok, broke free from the LRA grip in 2009 with a small child she said was fathered by the shadowy LRA leader himself. Since then, girls' schools have remained a target for terrorists, most notably in 2014, when more than 250 schoolgirls were captured by Boko Haram militants in the town of Chibok in Borno State, Nigeria.

The Invisible Children campaign has demonstrated the power of Viral video and the impact it can have on a variety of causes.

In 2012, the shocking abuses committed by Kony and his self-styled militia were brought to international light in a moving 30-minute viral video, which focused on the plight of the many child soldiers brainwashed into his barbaric cadre.

Throughout the course of some two decades, Kony abducted tens of thousands of children – thousands of boys ended up indoctrinated and armed, and scores of girls were swept up into the spoils of war.

As it stands, Kony is a free man. According to multiple intelligence sources operating in the region, he is most likely in Sudan or the Central African Republic (CAR). Joint U.S. and Ugandan efforts to track down the war criminal, who has an outstanding warrant by the International Criminal Court (ICC) following charges of war crimes and crimes against humanity, were called off in 2017 under the guise that the ailing figure no longer posed a threat to regional security.

"I still have to go home; I have to protect myself. If he has become weak, it is hard for him to commit the same level of atrocities," Nyanjura reflected, her voice trailing off. "Nobody talks about him much anymore."

But his legacy lives on.

"When I tell my story, I still feel like I am being abducted in the night. I try running in the dream, but they are holding me. What I have gone through, I can never get out of my mind," Nyanjura said. "But when I struggle, I remember that I have a piece of land and that my children are safe."

For Nyanjura, her mission of survival is far from over. After escaping captivity at the age of 22, she took it upon herself to return to where she left off as a 14-year-old schoolgirl, eventually graduating high school and going to university. She is now 38 and completing a master's degree in global affairs with a concentration in international peace studies at Notre Dame.

Moreover, Nyanjura recently worked as an aftercare specialist at International Justice Mission in Gulu, Uganda, to protect the property rights of widows. She is also an active member of the Women's Advocacy Network to campaign for justice and accountability in conflict-pervaded regions and is dedicated to offering a helping hand and economically empowering other female survivors whose bodies have been treated as battlefields.

"I never thought I would be here studying in the U.S.," Nyanjura added. "And now I need to give back."