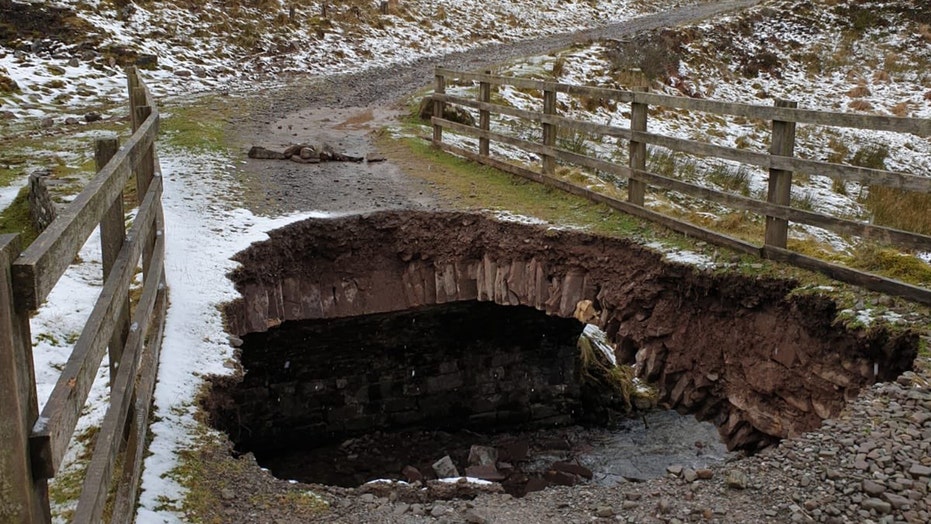 A series of storms in recent weeks that have caused damaging flooding and landslides in the United Kingdom are being blamed for the collapse of a bridge at a national park.

The Mountain Rescue Team (MRT) in Brecon Beacons National Park, located in Wales, said Wednesday that recent storms had caused a bridge to collapse in the Sarn Helen area.

In a photo shared by the rescue team, a large hole can be seen in the bridge with water flowing underneath.

Brecon MRT urged walkers and cyclists to be careful when passing the bridge due to the collapse.

A large hole can be seen after part of a bridge collapsed at a national park in Wales on Wednesday. (Brecon MRT)

"It is related to the recent floods," a spokesperson for the rescue team told Wales Online.

The bridge is located on a route that's a former old Roman road called Sarn Helen, according to the news outlet.

The lingering impacts from the storms come as a wide swath of snow and ice warnings were issued for parts of the U.K. on Wednesday, anticipating difficult travel conditions.