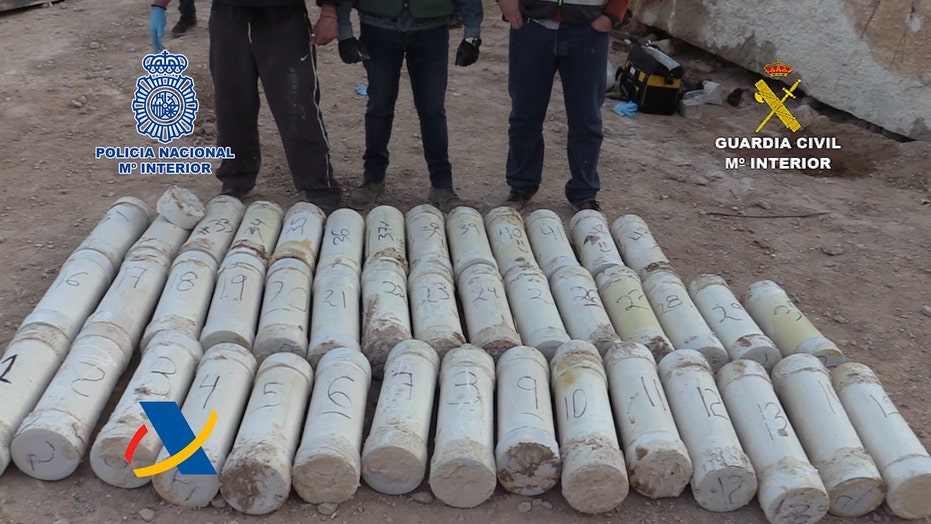 A criminal drug organization was busted in Spain after officials discovered more than 1,650 pounds of pure methamphetamine hidden inside large blocks of marble imported from Mexico.

The Spanish Civil Guard said the investigation began last year when agents learned about the importation of the blocks – about 25 tons or about 55,115 pounds each – from Mexico to the Port of Valencia.

An investigation by the Civil Guard, national police and customs officers was launched into the apparent shell company importing the blocks.

When a shipment arrived in Valencia in mid-October containing six large blocks of marble, officials noticed strange markings on the base of one of the blocks. They monitored the stone as it was transported to a quarry in the town of La Romana in Alicante.

Subsequent raids of the quarry led to the arrest of five people, the confiscation of 352kg – or 776 pounds – of methamphetamine.

“To avoid detection, the suspects had drilled holes – or cylindrical cavities – into the marble, in which they had hidden 43 plastic-wrapped packets of the drug,” the Civil Guard said in a statement. “Once the plastic packages were inserted into the cavities – a task performed in Mexico – the blocks were sealed with resin, topped with a marble cover and finally finished off with very tough mortar.”

The plastic packages with methamphetamine inserted into the marble block. (Spanish Civil Guard)