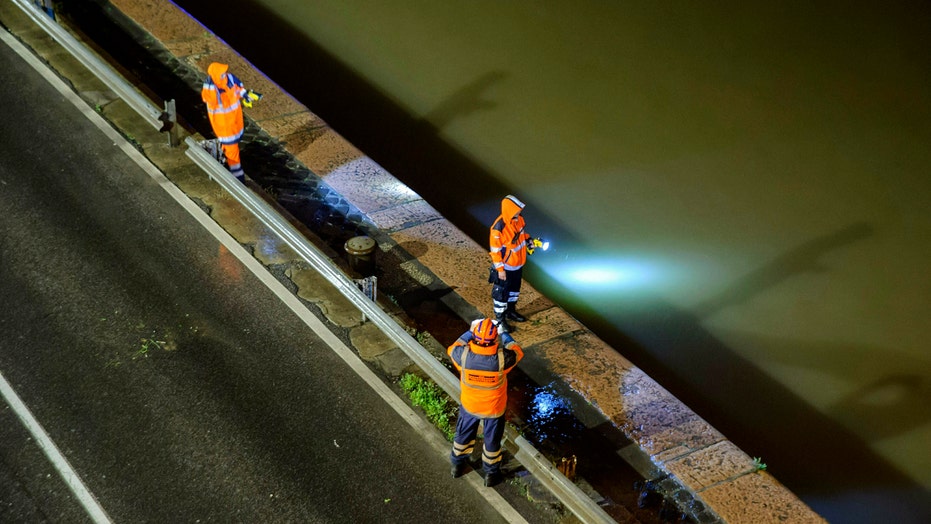 South Korea’s Foreign Ministry office said Friday that none of the passengers involved in the deadly sightseeing boat accident in Hungary that left at least seven dead were wearing life jackets when their boat capsized.

Officials are still searching for 21 more people that vanished following the collision on the Danube River in Budapest Wednesday night.

The victims were a group of tourists that left South Korea on May 25 as part of a group touring Europe, a South Korean travel agency, Very Good Tour, said. They were set to return on June 1.

Very Good Tour said the boat — a 70-year-old vessel built in the former Soviet Union — had been on its way back after an hour-long tour Wednesday night.

South Korean Embassy personnel help identifying the victims of an accident during a search operation for survivors on the River Danube in downtown Budapest, Hungary, Thursday, May 30, 2019. (Zsolt Szigetvary/MTI via AP)

Video shown by Hungarian police showed the sightseeing boat, identified as the Hableany (Mermaid), traveling side by side and in the same direction as a German-built Viking cruise ship as they approached a bridge.

The Hableany then appeared to steer slightly to its left, into the path of the 443-feet long cruise ship, which continued to sail on at the same speed. The two collided and the sightseeing boat was then seen tipping on its side between the bridge's two supports.

South Korean diplomats sent to investigate the crash informed the Foreign Ministry that none of the 33 tourists aboard the boat were wearing life jackets at the time of the collision, adding that it was “customary” for tourists on this particular tour not to wear them.

National disaster management rescue staff participate in a search operation for survivors on the River Danube in downtown Budapest, Hungary, Thursday, May 30, 2019, following a collision of a hotel ship and a smaller tourist cruise ship on the previous evening. (Peter Lakatos/MTI via AP)

The party consisted of 30 tourists, two guides and a photographer. There were also two Hungarians on the boat that operated the vessel.

Senior agency official Lee Sang-moo disclosed the identities of the rescued — six women and one man, aged between 31 and 66. The company is arranging for family members of the tourists to travel to Hungary as soon as possible. A six-year-old girl was among one of the passengers still missing.

Hungarian police have expanded their search as heavy downpours on Thursday increased the river’s flow. One person was found two miles from the original crash site. Officials are looking further downstream into Serbia.