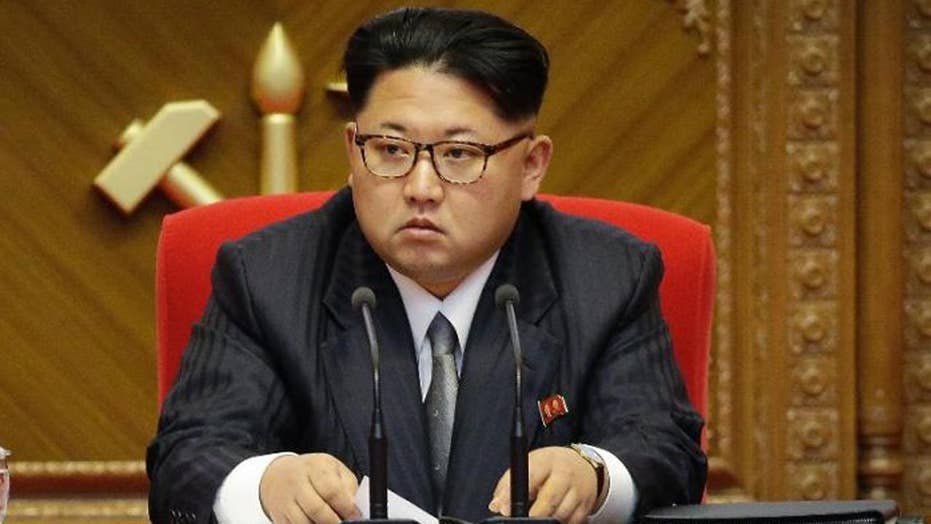 Pyongyang remains defiant as it warned of another nuclear test in the face of what it calls U.S. aggression; Benjamin Hall has the details on 'Special Report'

The deployment has triggered anger from Seongju residents who fear North Korea may target their town and who worry about rumored health hazards linked to THAAD's powerful radar.

People also debate whether the security benefits of THAAD would outweigh drawbacks if relations worsen with China, which sees the system as a threat, and they have been angered by President Donald Trump's statement that he would make South Korea pay $1 billion for the system.

The United States and South Korea say THAAD is crucial to counter North Korea's weapons advances. The North conducted two nuclear tests last year alone, which experts say would have improved its knowledge for making nuclear warheads small enough to fit on missiles, and has been speeding up its development of new missiles, including solid-fuel rockets that can be fired from mobile launchers on land and from submarines.

President Donald Trump says he isn't ruling out military action against North Korea but has also expressed openness to a future meeting with North Korean ruler Kim Jong Un, offering unusual praise for the third-generation dictator amid the nuclear tensions.

"If it would be appropriate for me to meet with him, I would absolutely, I would be honored to do it," Trump told Bloomberg News. In an interview with CBS' "Face the Nation" that aired Sunday, Trump said Kim was obviously a "pretty smart cookie" as he took power in his 20s and held it despite "a lot of people" trying to take it away.

The THAAD battery had originally been scheduled to enter operation by the end of the year. When completed, it will consist of six truck-mounted launchers that can fire up to 48 interceptors toward incoming missiles detected by the system's x-band radar.

Critics question whether the United States and Seoul's caretaker government are rushing to set up THAAD before an election May 9 that will bring a change in the government in Seoul, which became necessary after Park Geun-hye was impeached and ousted from the presidency in a corruption scandal.

Front-runner Moon Jae-in, a liberal who calls for engagement with North Korea, has said he would reconsider THAAD if he becomes president.

North Korea conducted another missile test on Saturday, its third launch in April alone, which reportedly failed soon after launch, and its Foreign Ministry said Monday the country will speed up measures to bolster its nuclear program "at the maximum pace."

A statement circulated by North Korea's U.N. Mission says the government is ready to respond to any option taken by the United States.