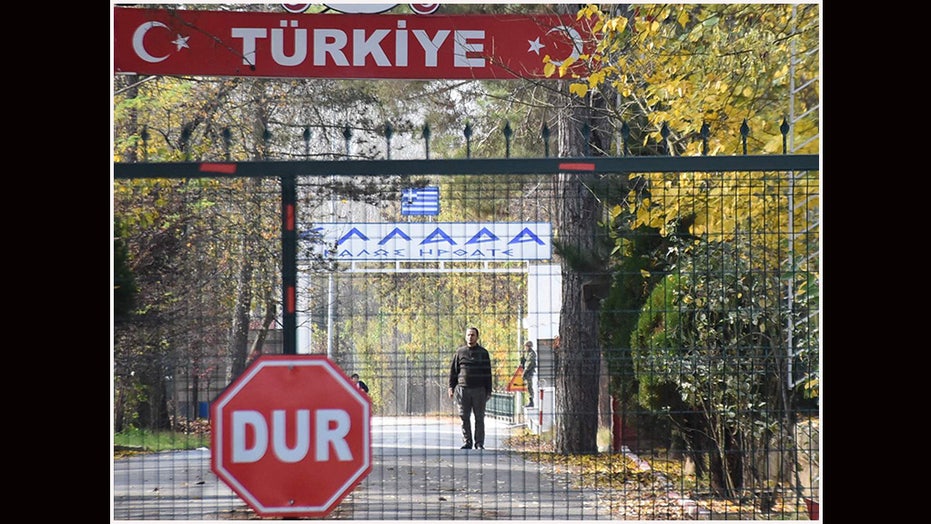 An American citizen with suspected ties to ISIS will be repatriated to the United States after a three-day stay in a no man’s land between the borders of Turkey and Greece.

Turkey’s Interior Ministry announced Thursday that the man, who has been identified by local media as 39-year-old Mohammad Darwis B., will be taken in by the U.S. after Greece refused to accept him following his deportation from Turkey, where he had exceeded his legal stay.

According to Greek police, he had been initially deported on Oct. 11 but refused to enter Greece and returned back, accompanied by Turkish police. On Monday, he returned to the same border on his own and asked to enter a “third country” but was turned down.

A man, allegedly a U.S. citizen and member of the Islamic State group, who was deported by Turkish officials and rejected by Greek police, standing in a no man's land at the border between Turkey and Greece near Pazarkule, is seen from the Turkish side in Edirne, on Nov. 11, 2019. (DHA/DHA/AFP via Getty Images)

After Turkey refused to accept him again, the man remained in the heavily militarized no man’s land for three days. Local media reported that Turkish authorities allowed him to spend the night in a car where he was fed.

The ministry said Thursday that procedures were underway to repatriate the man and that he would be provided with travel documents. It was not immediately clear when he would return to the U.S. or what would happen to him once he arrives.

The move comes a day after Turkish President Recep Tayyip Erdogan met with U.S. President Trump in Washington. Turkey has engaged in a new push to deport foreign ISIS members who are held in Turkish prisons or in Syria, which it recently invaded to drive away Syrian Kurdish fighters it considers to be terrorists from the border area.

Two other foreign ISIS suspects – one from Denmark and one from Germany – were also deported on Monday, while an official said seven Germans would be expelled on Thursday. Turkey also plans to soon deport other alleged ISIS members, including two Irish and 11 French nationals.

Meanwhile, Turkey's Interior Ministry also said Thursday that a wanted ISIS suspect was detained by anti-terrorism police in a raid in Istanbul after he illegally crossed into Turkey from Syria. The ministry said the man, whom it identified as Mevlut Cuskun, was being questioned by police.