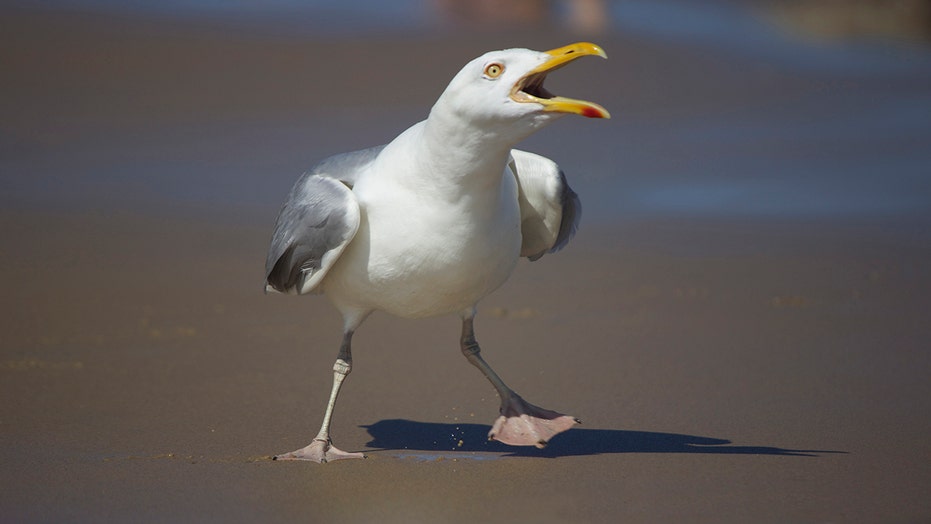 Seagull stands in for traffic reporter on London news program

An English couple said they were unable to leave their house for nearly a week because seagulls tried to attack them every time they left.

Roy Pickard, 77, and his wife, Brenda, 71, claimed that two herring gulls — who have two chicks living on the roof of their home in Knott End-on-Sea in Lancashire — chased after them when they tried to go somewhere in a nightmare scenario.

DOZENS OF DRUNK SEAGULLS FOUND ON BEACHES IN SOUTHERN ENGLAND

"I've not been able to go out of the front door," Roy told The Telegraph in an article published Friday. "If I try to get out of the door, the two adult birds are right there and I've got no chance."

He added: "It's genuinely frightening."

Herring gulls — the ones which allegedly attacked the Pickards — are protected while they nest, according to local officials. (iStock)

"Thankfully, we have an integrated garage and I can get into it from the kitchen, open the garage door and drive out to get our shopping, but I have to leave the garage door open, which isn't ideal," Roy said.

A spokesperson for Wyre Council, the local government, told the news outlet that the gulls are protected while they nest, and said they sympathized with the Pickards' situation.

"We have visited Mr. Pickard to assess the situation and have given advice on how he can deal with the gulls," the spokesperson said. "For now, a solution is in place which will enable Mr. Pickard to take his wife to her private appointment."