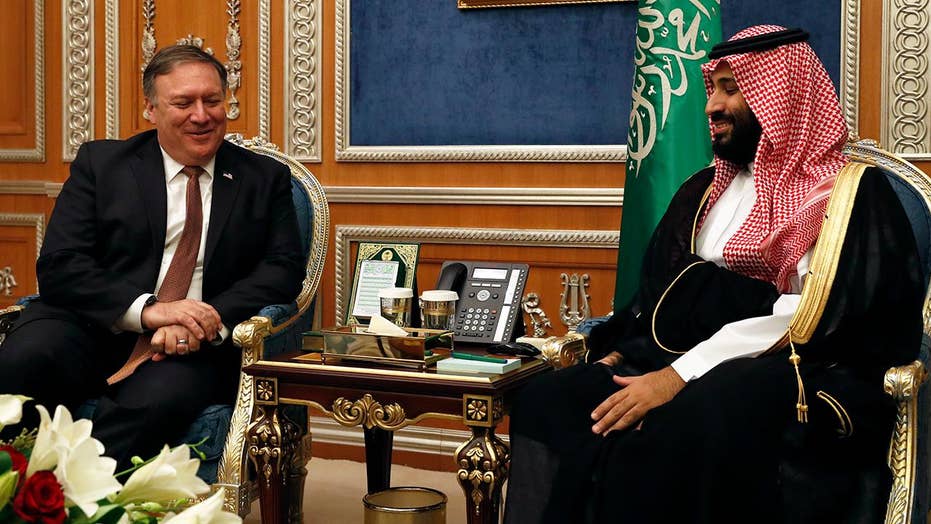 Secretary of state Mike Pompeo says Saudi Arabia has promised accountability for anyone implicated in the disappearance of the Washington Post columnist; Rich Edson reports from the State Department.

A Saudi contribution of $100 million to U.S.-backed stabilization efforts in Syria arrived in American accounts Tuesday, just as State Mike Pompeo touched down in Riyadh to discuss the missing Saudi journalist, an anonymous U.S. official told The New York Times.

The source said the timing of the two events is no accident. He said Saudi Arabia originally pledged its contribution in August, and U.S. officials were expecting to receive it by the fall.

But Brett McGurk, a U.S. envoy to the coalition fighting the Islamic State in Syria, played down the significance of the timing with Pompeo’s visit.

“The specific transfer of funds has been long in the process and has nothing to do with other events of the secretary’s visit,” McGurk said.

The State Department did not immediately respond to Fox News’ request for confirmation.

Jamal Khashoggi, a Saudi journalist, went missing Oct. 2 after walking into a Saudi consulate in Istanbul to obtain documents for a marriage. Turkish officials said Khashoggi was killed by Saudi agents. Saudi officials have denied any involvement but have not provided an explanation of what might have happened.

Pompeo told journalists before leaving Riyadh on Wednesday that Saudi leaders, including King Salman and his son, the 33-year-old Crown Prince Mohammed bin Salman, "made no exceptions on who they would hold accountable."

"They made a commitment to hold anyone connected to any wrongdoing that may be found accountable for that, whether they are a senior officer or official," Pompeo said.