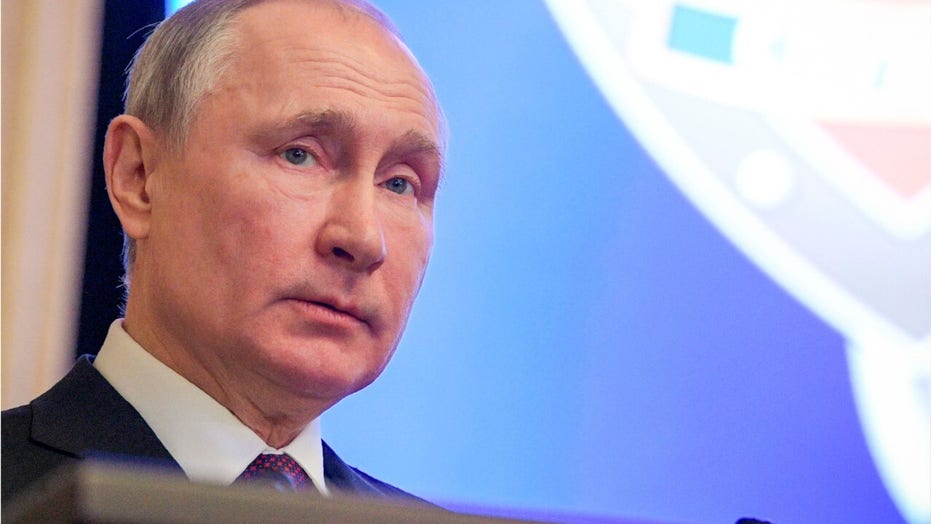 Russian President Vladimir Putin on Monday proposed a series of amendments to the constitution that included a mention of God and describing marriage as a “union of a man and a woman.”

Putin first proposed amending the constitution in January's state-of-the-nation speech, saying it was necessary to bolster democracy. But his opponents have described those proposals as part of Putin’s ulterior motive to retain control beyond the end of his term in 2024.

The parliament endorsed Putin's draft in the first of three required readings last month and is set to give it final approval next week, setting the stage for a nationwide vote on April 22.

Following up on proposals from a Kremlin working group, Putin presented 24 pages of additional amendments for the second reading set for March 10. Lawmakers said they included an article that pledges homage to "ancestors who bequeathed to us their ideals and a belief in God." Another amendment describes marriage as a "union of a man and a woman.”

And in another proposal to outlaw undermining the Soviet role in securing victory in World War II, Putin added an article pledging to protect "historic truth" and forbid "belittling the people's heroic protection of the Motherland."

The amendment comes as Russia prepares to celebrate the 75th anniversary of victory in World War II — the nation's most important holiday.

The new set of amendments doesn't offer any clue, however, what position Putin may take to continue calling the shots after his term ends. The 67-year-old Russian leader has been in power for more than 20 years, making him the nation's longest-serving leader since Soviet dictator Josef Stalin.